Private sector employment increased by 807,000 jobs from November to December according to the December ADP National Employment Report.

“December’s job market strengthened as the fallout from the Delta variant faded and Omicron’s impact had yet to be seen,” said Nela Richardson, chief economist, ADP. “Job gains were broad-based, as goods producers added the strongest reading of the year, while service providers dominated growth. December’s job growth brought the fourth quarter average to 625,000, surpassing the 514,000 average for the year. While job gains eclipsed 6 million in 2021, private-sector payrolls are still nearly 4 million jobs short of pre-COVID-19 levels.” 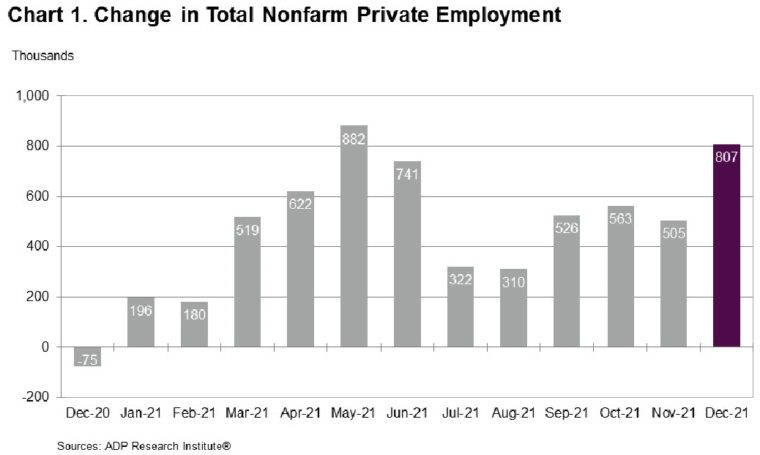