Private sector employment increased by 534,000 jobs from October to November according to the November ADP National Employment Report.

“The labor market recovery continued to power through its challenges last month,” said Nela Richardson, chief economist, ADP. “November’s job gains bring the three-month average to 543,000 monthly jobs added, a modest uptick from the job pace earlier this year. Job gains have eclipsed 15 million since the recovery began, though 5 million jobs short of pre-pandemic levels. Service providers, which are more vulnerable to the pandemic, have dominated job gains this year. It’s too early to tell if the Omicron variant could potentially slow the jobs recovery in coming months.” 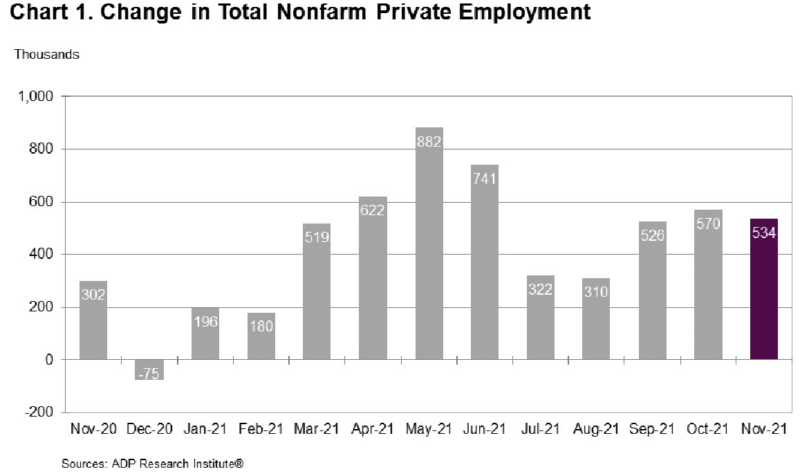