Tiff Macklem, Governor of the Bank of Canada, emphasized the importance of price stability in the central bank's renewed mandate and stated that any new flexibility will apply only when inflation is low or the economy is weak.

In a speech on Wednesday, Macklem provided more detail on the central bank's new marching orders, which included some leeway to allow inflation to exceed the central bank's 2% target. Macklem made it clear that flexibility will not be applied in situations where inflation is far above target, as it is now.

“When might conditions warrant? When inflation is close to the target, interest rates are at more normal levels,” Macklem said in prepared remarks for a virtual speech before the Empire Club of Canada. Keeping inflation low and stable, though, remains the priority and right now the central bank is “focused on our forward guidance -- on assessing the diminishing degree of slack in the economy and on bringing inflation sustainably back to target.”

The central bank maintained its 2% inflation target for the next five years in a mandate renewal released jointly with the Canadian government on Monday but added a new requirement that officials use their 1% to 3% control range to support employment levels if warranted. The renewal places a greater emphasis on the inflation range than previous statements and explicitly mentions the need to consider the labor market. 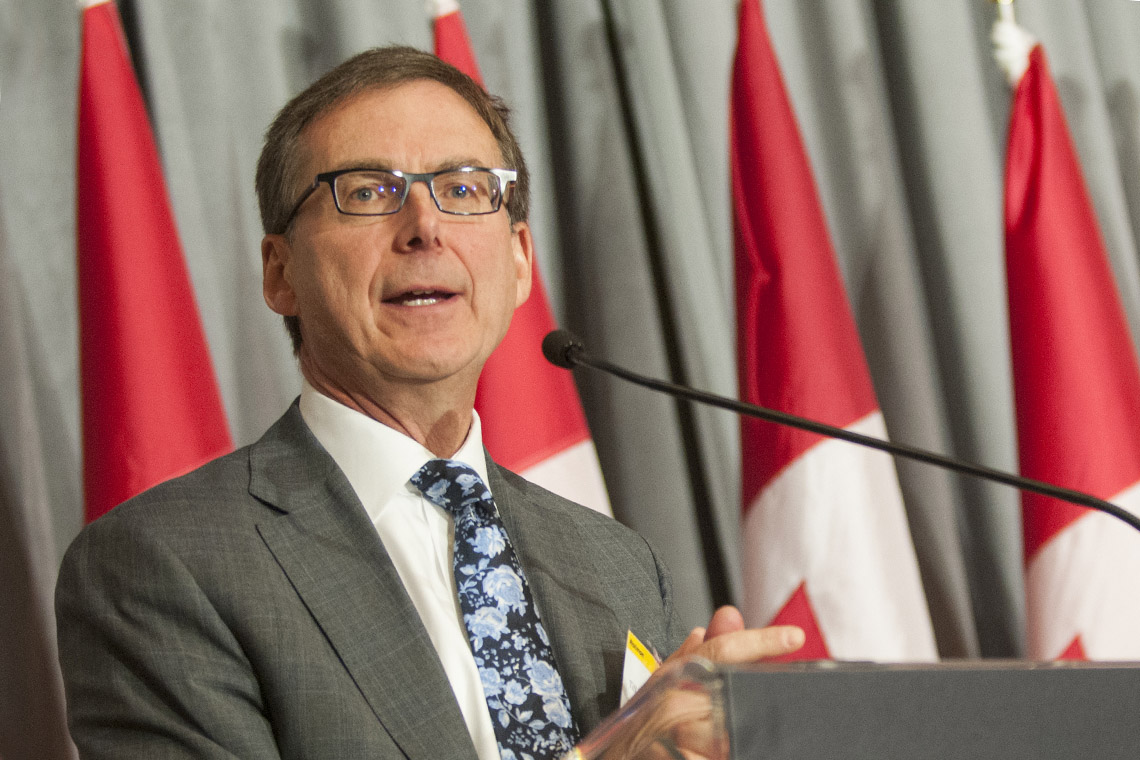 “The government and the bank agreed that because well-anchored inflation expectations are critical to achieving both price stability and maximum sustainable employment, the primary objective of monetary policy is to maintain low and stable inflation over time,” Macklem said.

The increased flexibility reflects, in part, efforts to address broader structural factors and the challenges associated with major downturns, according to the central banker.

Another challenge for central bankers in the future will be determining when the nation's economy has reached full employment. When inflation is at target, the mandate will allow the Bank of Canada to test the limits of the economy, even if it means a small increase in price increases, according to Macklem.

“As we move beyond this pandemic and the economy normalizes, uncertainty about maximum sustainable employment will persist,” he said. “When conditions warrant, we can probe by being more patient to help us better gauge the level of employment that is consistent with price stability.”