The Bank of Japan must maintain ultra-loose monetary policy as inflation remains significantly below that of other economies, according to Governor Haruhiko Kuroda, brushing aside the view that it could follow in the footsteps of more hawkish peers in the US and Europe.

Rising inflation risks have forced central banks around the world, including the US Federal Reserve and the Bank of England, to withdraw crisis-mode stimulus measures and raise interest rates.

Inflation in Japan remained sluggish due to a delay in the economy's recovery from the coronavirus pandemic, as well as the public's sticky deflationary mindset, in which households and businesses act on the assumption that prices will not rise much, Kuroda said.

"Nominal wages haven't increased much in Japan. It's difficult to see inflation sustainably reach our 2% target unless wages rise in tandem with prices," he said. 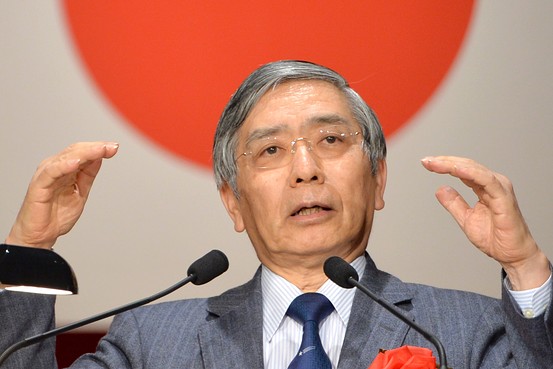 "To support the economy and help promote steady wage and price increases, it's critical to maintain strong monetary easing."

The comments came after the European Central Bank, which had been seen as a laggard in reducing stimulus, stunned markets with a hawkish tilt, acknowledging inflation risks and indicating that a rate hike this year was possible.

In the same parliament session, Finance Minister Shunichi Suzuki stated that the government hopes to work closely with the BoJ to ensure Japan's sustained exit from deflation.

While Kuroda has stated that the BoJ is not in a hurry to follow in the footsteps of other central banks, market speculation that the BoJ may tighten policy pushed benchmark 10- and 5-year government bond rates to six-year highs on Friday.

Slow wage growth and weak consumption held Japan's core consumer inflation at 0.5% in December, the highest level in nearly two years but still considerably below the BoJ's objective of 2%.