Residential permits decreased 8.3% to $6.4 billion in August, the lowest level since March. Ontario and British Columbia drove most of the decline. Construction intentions for multi-family units fell 15.9%, largely reflecting Ontario's decline (-24.3%). This was despite the approval of high value condominium projects in the city of Toronto. In contrast, single-family intentions were up slightly (+1.2%), led by a 15.7% gain in Quebec. Additionally, Newfoundland and Labrador (+0.7%) reported the first provincial increase in this component after six consecutive monthly declines. 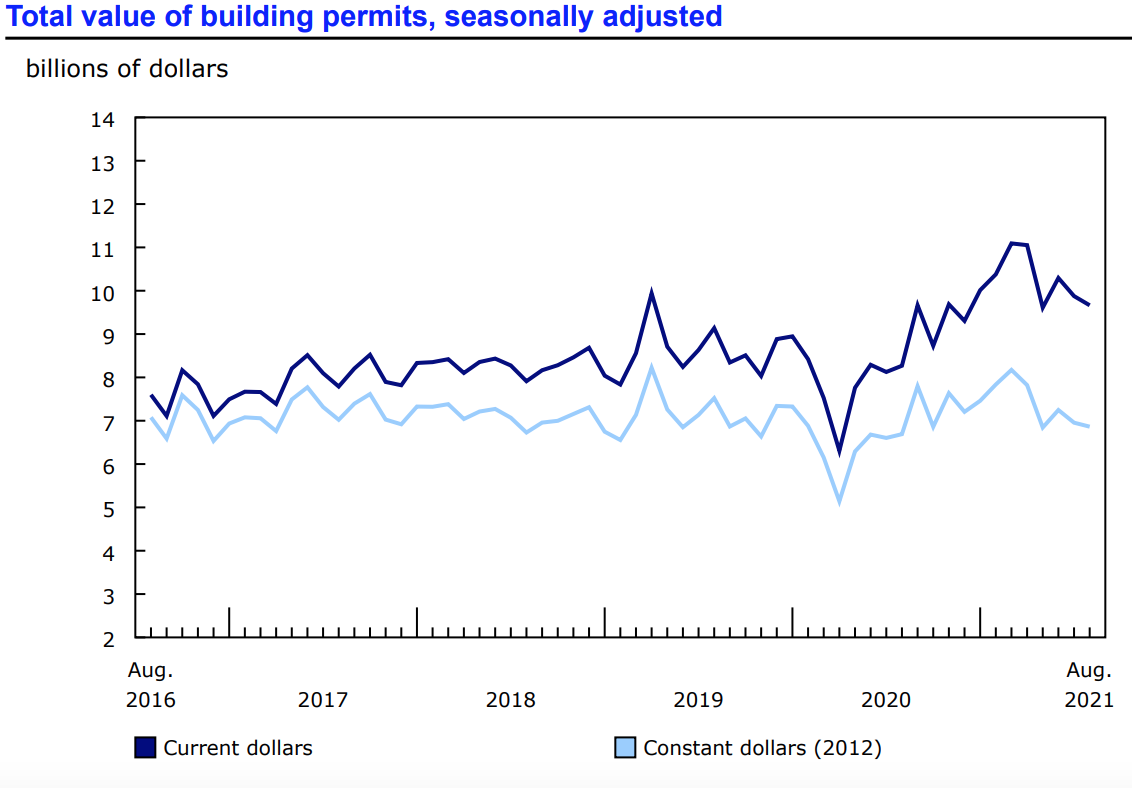 Measures the change in the number of new building permits issued by the Govt.

It is a key indicator of demand in the housing market.  By tracking the issuance of permits, we can get a sense of how much and where future construction will take place.

STOCKS - A vibrant housing market is often seen as positive for shareholders, If the housing markets starts to surge when the rest of the economy is at full speed.

BONDS - A pick up in permit issuance is often bad news for fixed income markets, because a healthy housing market epicts a robust economy and inflation pressures are likely to accelerate.