Preliminary information indicates that real GDP was essentially unchanged in September. Widespread increases led by mining, quarrying, and oil and gas extraction, wholesale trade, and transportation were offset by a significant drop in manufacturing due to lower sales in transportation equipment and a decline in retail trade. 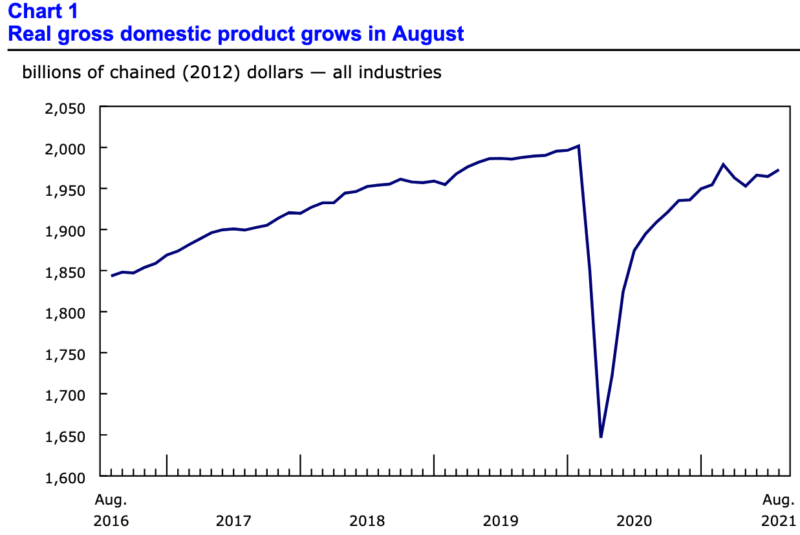 The Gross Domestic Product released by Statistics Canada is a measure of the total value of all goods and services produced by Canada. The GDP is considered a broad measure of Canadian economic activity and health.

A higher real GDP improves the standard of living for Canadians, however, a GDP growth due to inflation erodes living standards because people pay more for the same.

CURRENCY - Robust economic activity can firm up interest rates, which increases the demand for the Canadian Dollar. If inflation accelerates and stays high, it can lower the Canadian competitiveness in the world and worsen trade.

BONDS - If the economy is growing at or below the pace projected by economists, the bond market is likely to react positively. If GDP figures exceed expectations, and inflation pressures are rising, interest rates may be raised, meaning bond prices will lower, and yields will rise.