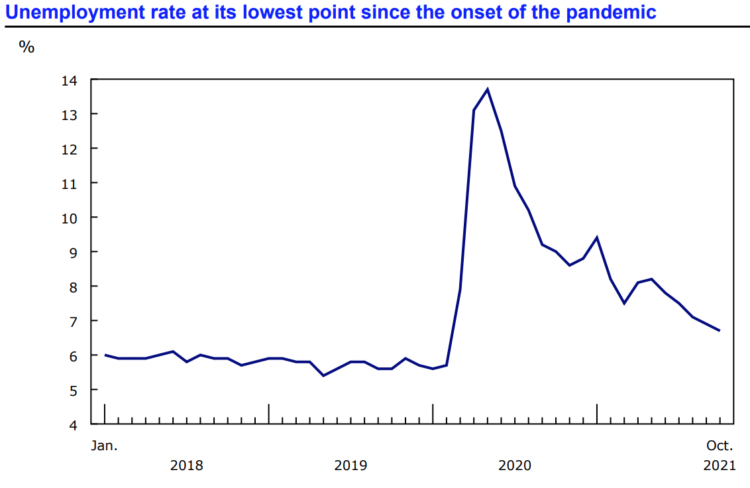 After returning to its pre-pandemic level in September, employment held steady in October. Employment increases in a number of industries, including retail trade (+72,000), were offset by declines elsewhere, including in accommodation and food services (-27,000). Employment rose in Ontario and New Brunswick, while it fell in Manitoba and Saskatchewan. Gains among private-sector employees (+70,000) were partially offset by declines in self-employment (-38,000). Total hours worked were up 1.0% in October, and were 0.6% below their pre-pandemic level. 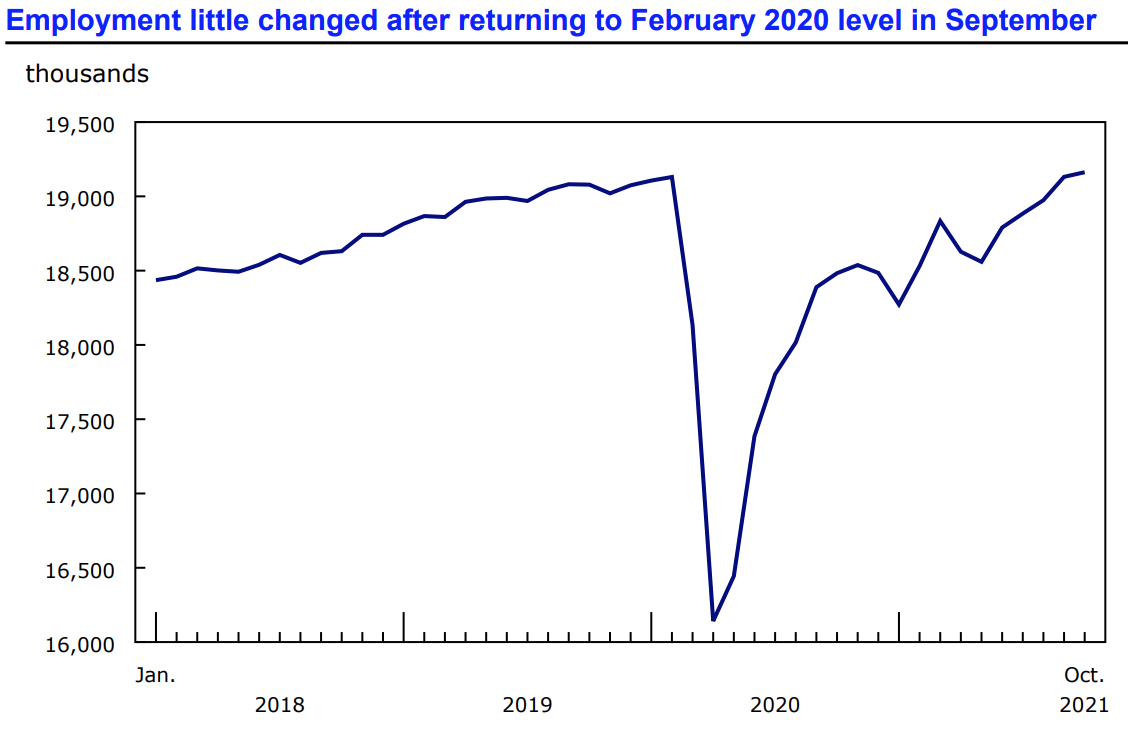 Canadian Unemployment Rate- What Is It?

The unemployment rate measures the number of unemployed as a percentage of the labor force. In order to be counted as unemployed, one must be actively looking for work.

Canadian Employment Change - What Is It?

In Canada, employment change refers to the change in the number of persons who work for pay or profit, or perform unpaid family work. Estimates include both full-time and part-time employment.

Employment trends and break-downs by industry groups highlight the strength in job creation and the implications for future sectoral activity.

A series of weak unemployment/employment reports reflects a more sluggish economy. It is a lagging indicator, meaning that it generally rises or falls in the wake of changing economic conditions, rather than anticipating them. When the economy is in poor shape and jobs are scarce, the unemployment rate can be expected to rise. When the economy is growing at a healthy rate and jobs are relatively plentiful, it can be expected to fall.

STOCKS - Little or no growth in employment is seen as bad for stocks, the worry is households will be less inclined to shop. The weaker sales can shrink corporate profits.

BONDS - A series of weak employment reports reflects a more sluggish economy, which is bullish for bond prices and means interest rates will head lower.