In a five-year plan that adds some details to Beijing's drive to reshape heavy industries, China committed to cut carbon emissions from aluminium smelters and reduce steel production.

The aluminium industry should reduce emissions by 5% by 2025, according to the Ministry of Industry and Information Technology. Steel and cement capacity should fall over the period, while plant utilisation rates should remain "at a reasonable level," it added. 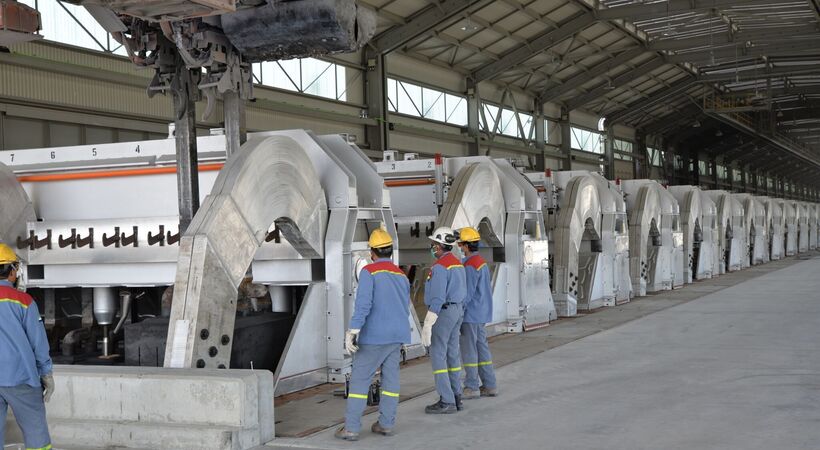 The proposals give Beijing's aims for reducing greenhouse gas emissions and cutting energy use in critical sectors more substance. Steel and aluminium manufacturers have already been put under pressure this year, not just as a result of initial steps to limit output, but also as a result of a property-led demand slump.

About 15% of China's carbon footprint is accounted for by the steel industry, with aluminium accounting for roughly 4%. China is the world's leading producer in both industries. The document included no mention of targets for production or carbon emissions from the steel industry for the year 2025.

The five-year plan includes additional goals which include: reducing the energy intensity of steelmaking by 2% and cement production by 3.7%, closing or relocating steel mills that fail to meet ultra-low air pollution standards, reducing coal use in the chemical, steel, and building materials industries and implementing staggered production in the steel industry.