China's record trade surplus protects the economy from weakening domestic demand and allows policymakers to postpone stimulus. However, it will not be sufficient to keep growth from slowing further.

Export growth has exceeded analyst expectations for three months in a row, and the trade surplus reached $84.5 billion in October, according to data released on Sunday. The problem is that gross domestic product is now so large that easing investment and consumer spending cannot be replaced by overseas demand.

“The government can afford to wait till the year-end to loosen monetary and fiscal policies, now that exports provide a buffer to smooth the economic slowdown,” Zhang Zhiwei, chief economist at Pinpoint Asset Management said in a note. 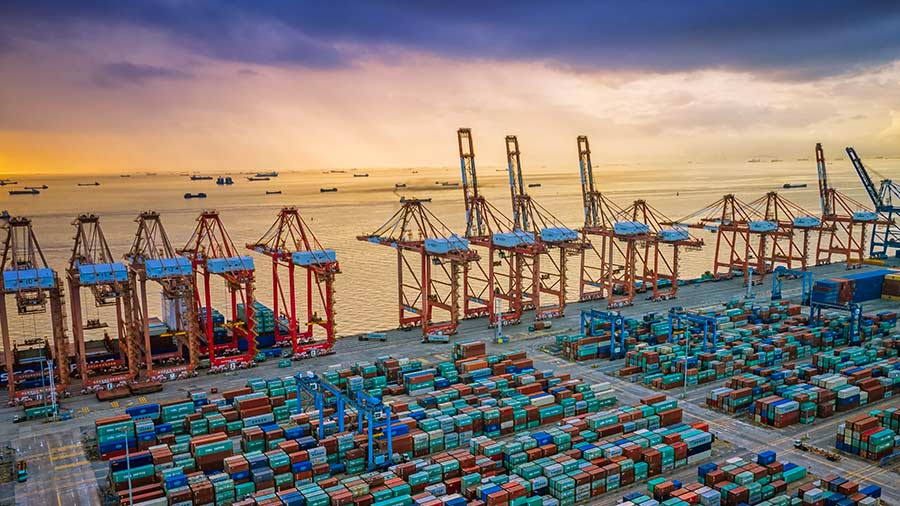 Because China is the world's largest exporter, it benefited as demand for goods increased in the aftermath of the pandemic. The World Trade Organization increased its forecast for global trade growth in 2021 to 10.8 percent from 8%, the largest year-over-year increase since 2010. In 2022, it predicts a 4.7 percent increase.

The persistence of China's export strength has surprised economists who predicted that global spending on made-in-China goods would decline as more countries reopened this year. That proved to be premature, as the more infectious delta variant spread around the world.

Because of China's virus control, its factories received orders this year as large-scale outbreaks in countries such as Vietnam, India, and Malaysia caused business closures.

This year, China's current account surplus - a broad measure of trade - increased to its highest level since 2016, but remained at just 2% of GDP in the latest quarter, well below levels of around 10% seen before the 2008 financial crisis.