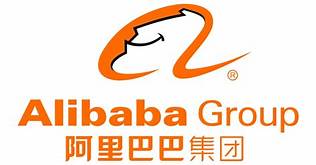 Didi's stock was down 6.5 % at $7.29, as the company pursued a Hong Kong listing after submitting to pressure from Chinese regulators concerned about data security. In June, the company priced its first public offering at $14 a share in order to raise $4.4 billion.

"It will now set a precedent for other U.S.-listed companies, especially those with data concerns," said Justin Tang, head of Asian research at United First Partners in Singapore.

"Ant's disastrous IPO sparked the crackdown. The Chinese government has already demonstrated that it is willing to go above and beyond what the market anticipates. It will take some time for attitudes toward Chinese names to warm up."

Alibaba, Baidu, and JD.com all dropped between 4.5 and 5%, putting investors on edge as Beijing targets industries ranging from gambling to education.

TAL Education and New Oriental Education & Technology Group, both in the education sector, declined 4.5 % and 6%, respectively.

Meanwhile, the Securities and Exchange Commission of the United States announced on Thursday that Chinese businesses that list on U.S. stock markets must disclose if they are owned or controlled by a government body and present evidence of auditing checks.