European Central Bank Vice President Luis de Guindos said that inflation in the Eurozone is still forecast to fall next year since the factors driving it, such as supply chain disruptions, remain temporary. However, the rate of decline will be slower than previously projected, owing to second-round effects.

"Inflation will undoubtedly slow next year," he stated, "but the intensity of the fall is probably not what we anticipated a few months ago."

“Financial stability risks have eased due to a brighter economic outlook,” he added.

de Guindos also said that the decision of what to do following the end of PEPP in March 2022 will be made in December this year. 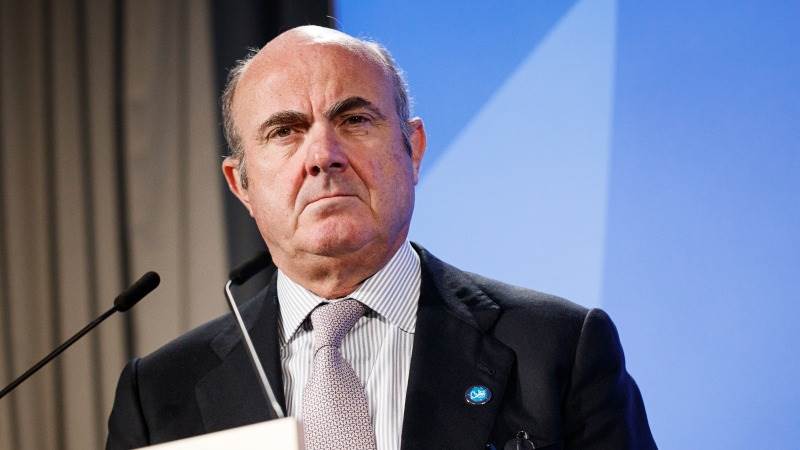 Prior to de Guindos’ comments, ECB’s Makhlouf stated that he is “fine with the ECB's stance for the moment.”

“We need to be careful and observant regarding inflation.”

“We are ready to take action prematurely if required, but we are seeing little evidence to warrant a rate hike soon.”

Inflation surpassed 4% last month, more than double the ECB's target of 2%, and is expected to rise further in the coming months as a result of rising energy and shipping prices, as well as some tax hikes.