The European Central Bank will be ready to raise interest rates in early 2023 after wrapping up its remaining bond purchases by the end of next year, according to Governing Council member Klaas Knot.

“All switches are on track to end the remaining bond-buying by the end of next year — and when that’s done, the policy rate can go up early 2023,” he told Dutch Trouw newspaper in an interview published Thursday.

Asked if his colleagues in Frankfurt have a similar time frame in mind, Knot said that “we’ll have to see, but I do think so. A lot will depend on how the economy will develop next year, a year is long.”

The ECB confirmed earlier this month that it would phase out its pandemic bond-buying program while temporarily expanding an older quantitative easing program to smooth the transition. 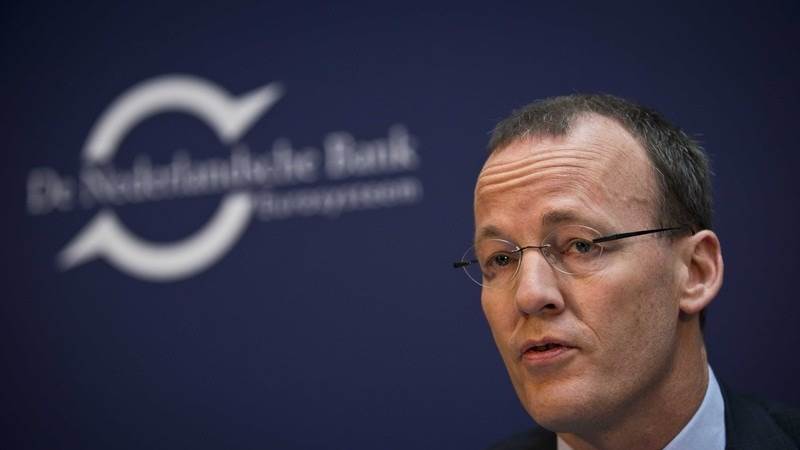 "The decisive factor in the new year will be to gradually initiate the exit from negative interest rates and unconventional monetary policy, as well as to avoid any proximity to monetary state financing," Holzmann said in a year-end statement posted on his institution's website.

Since 2014, the ECB has had a negative deposit rate. Based on euro short-term rate pricing, money markets expect the ECB to raise interest rates by at least 10 basis points in December 2022.

Other major central banks are tightening monetary policy at a faster pace. The Federal Reserve has doubled the rate at which it is withdrawing stimulus, and the Bank of England surprised markets earlier this month with a rate hike – the first among major central banks since the pandemic – citing "more persistent" inflation.

For the time being, the omicron variant is unlikely to have a significant impact on prices next year, according to Knot, but if the impact is significant, he believes the ECB is prepared to change its policy more quickly than currently planned.

The Dutch central bank chief believes the risks of persistent inflation are slightly higher than the Frankfurt-based monetary authority. Several policymakers have questioned whether inflation will fall to 1.8% in 2023 and 2024, as the ECB predicts.