The EU welcomed the United Kingdom's "change of tone" in their bilateral dispute over post-Brexit trade rules in Northern Ireland on Friday.

During previous discussions with the EU, European Commission Vice-President Maroš Šefčovič, who leads the institution's relationship with Britain, lamented that the U.K. had "too often" resorted to threats to suspend trade rules in the region.

Šefčovič said his conversation with the United Kingdom's Brexit Minister David Frost on Friday was positive, but he warned that the talks, which are set to resume in Brussels next week, must be stepped up.

“I acknowledge and welcome the change in tone of discussion with David Frost Friday and I hope this will lead to tangible results for the people in Northern Ireland,” he told a press conference in London following the meeting.

Šefčovič stated that the priority of next week's talks in Brussels should be to find solutions that ensure the supply of medicines to Northern Ireland, as a grace period on the movement of drugs between the United Kingdom and the region is set to expire on December 31. Solving this problem could pave the way for agreement on other, more contentious issues.

“Right now we need the U.K. government to reciprocate the big move the EU has made,” he said. “We need to make serious headway in the course of the next week. This is particularly important as regards the issue of medicines.” 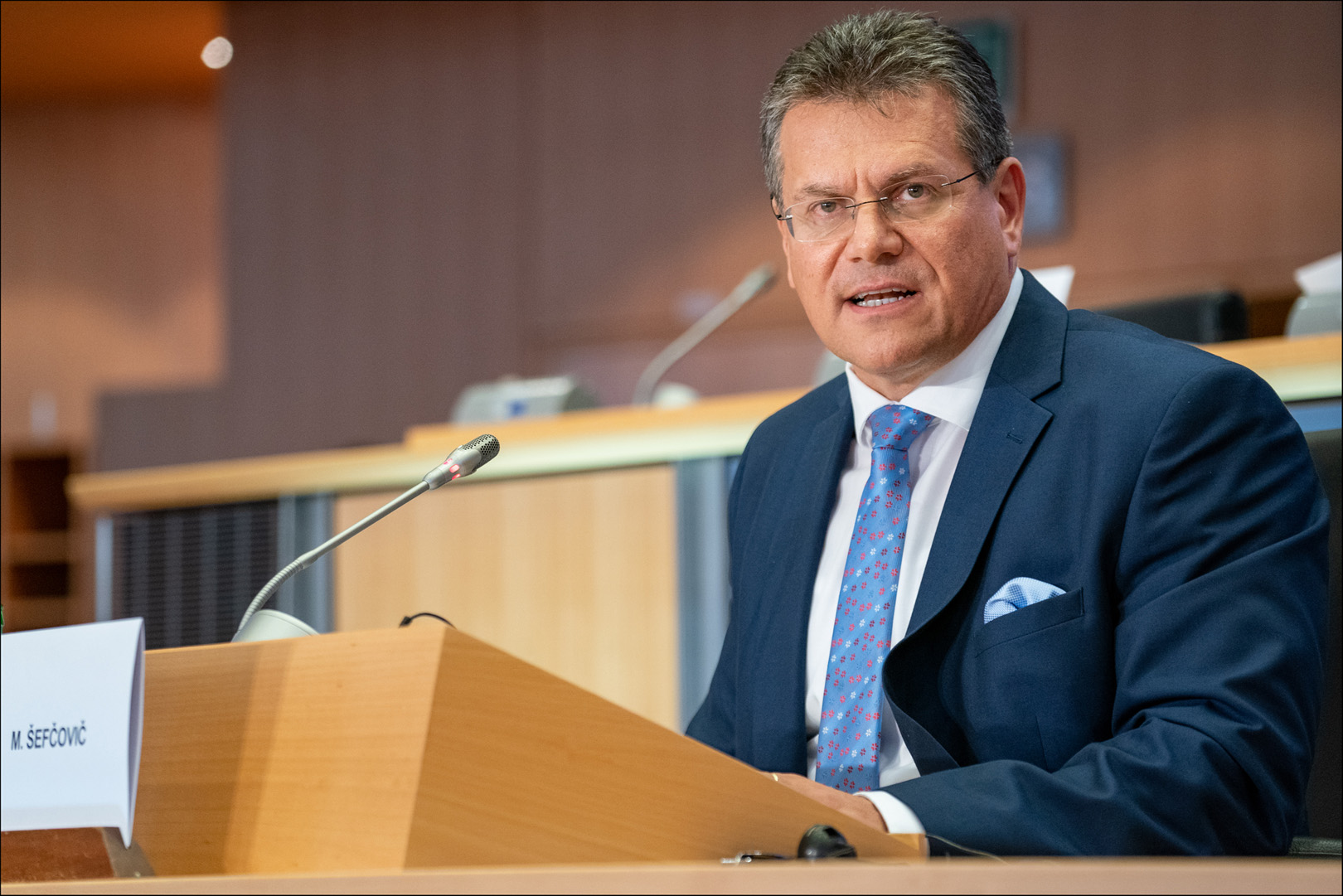 The Commission also wishes to expedite discussions on reducing customs red tape for businesses trading between Northern Ireland and the rest of the United Kingdom, according to Šefčovič. He insisted that the EU will not accept proposals to change the role of the European Union's Court of Justice in overseeing EU law in Northern Ireland.

According to a British government official, Frost noted during the meeting that there remained "significant gaps to be bridged" between the UK and EU positions, adding that the UK preferred a "consensual way forward" while still viewing Article 16 as a "legitimate part" of the protocol.

The official added the talks “had so far been conducted in a constructive spirit,” but Frost had told his EU counterpart that in order to make progress “it was important to bring new energy and impetus to discussions."

Šefčovič and Frost are due to meet in Brussels next week.