Investors in China's Evergrande Group financial products protested outside the cash-strapped company's offices in Guangzhou on Tuesday, with many concerned that their returns would be sacrificed to keep real estate projects afloat.

Members of the crowd of about 100 people chanted, "Evergrande, return our money!" echoing a chant used by disgruntled investors and suppliers last autumn as the company's financial situation deteriorated.

Evergrande announced on Friday a reduction in its plans to repay investors in its wealth management products, stating that each could expect 8,000 yuan ($1,256) per month in principal payment for three months beginning in January, regardless of when their investment matures. 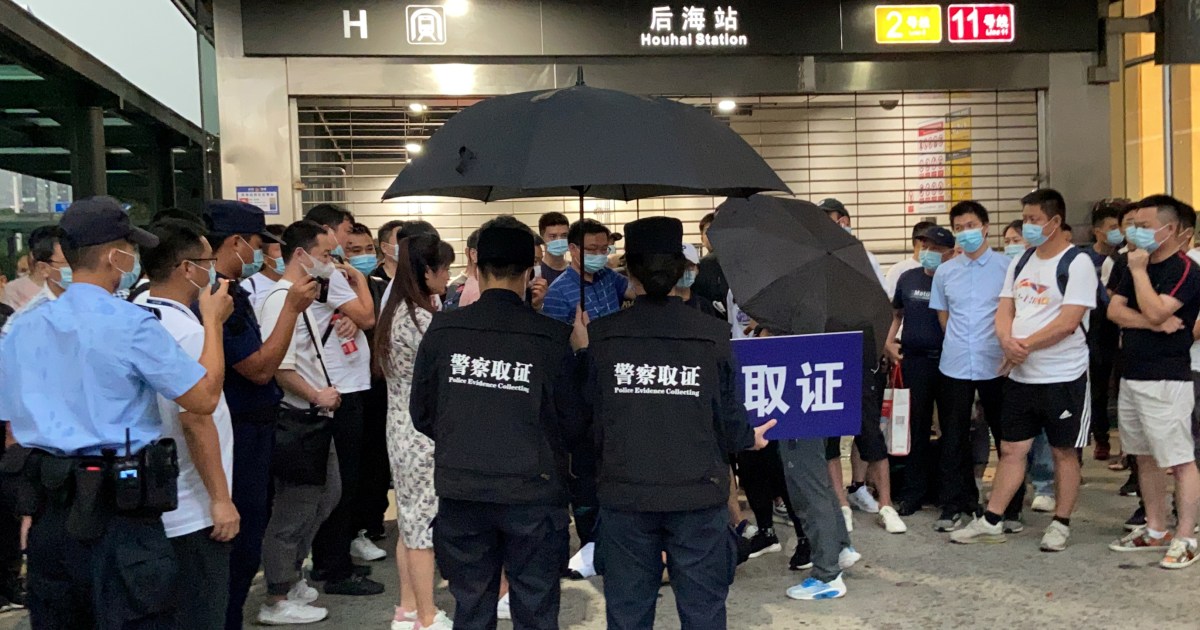 Evergrande, once China's top-selling developer but now saddled with more than $300 billion in liabilities, had previously agreed to repay 10% of the product's value by the end of the month, without specifying an amount.

Investors are concerned that they will not receive their money back as a result of the change.

"I think it's hopeless, and I'm scared, but if we don't fight for our rights, that's worse," said a retired woman surnamed Du, who was among those gathered outside Evergrande's offices in the southern Chinese metropolis and claimed to have invested one million yuan in Evergrande wealth management products.

"The economy's not good at the moment, these are ordinary people and they need this money for kids, for supporting their parents," she explained.

Tens of thousands of investors were enticed by the promise of yields approaching 12%, gifts such as Dyson air purifiers and Gucci bags, and the guarantee of China's top-selling developer to purchase wealth management products through Evergrande.

Over the past five years, more than 80,000 people – including employees, their families, and friends, as well as Evergrande property owners – purchased products totaling more than 100 billion yuan, according to an Evergrande Wealth sales manager. Evergrande Wealth was launched in 2016 as a peer-to-peer (P2) online lending platform that was initially used to fund its property projects.