The Federal Reserve of the United States should "tack in a more hawkish direction" over the next few meetings to prepare for the possibility that inflation does not begin to ease, according to St. Louis Federal Reserve bank president James Bullard on Tuesday.

"If inflation happens to go away we are in great shape for that. If inflation doesn't go away as quickly as many are currently anticipating it is going to be up to the (Federal Open Market Committee) to keep inflation under control," Bullard said.

Bullard, who will vote on the Fed's policy next year, reiterated his forecast that the Fed will need to raise interest rates twice next year.

Key price measures are rising at the fastest rate in decades, and while many Fed officials believe this will eventually slow, the issue remains unresolved.

New data on import and export prices for October showed that both exceeded forecasts and rose by the most since May. Both continue to show inflationary pressures for goods ranging from meat to automobiles that are far above pre-pandemic levels. 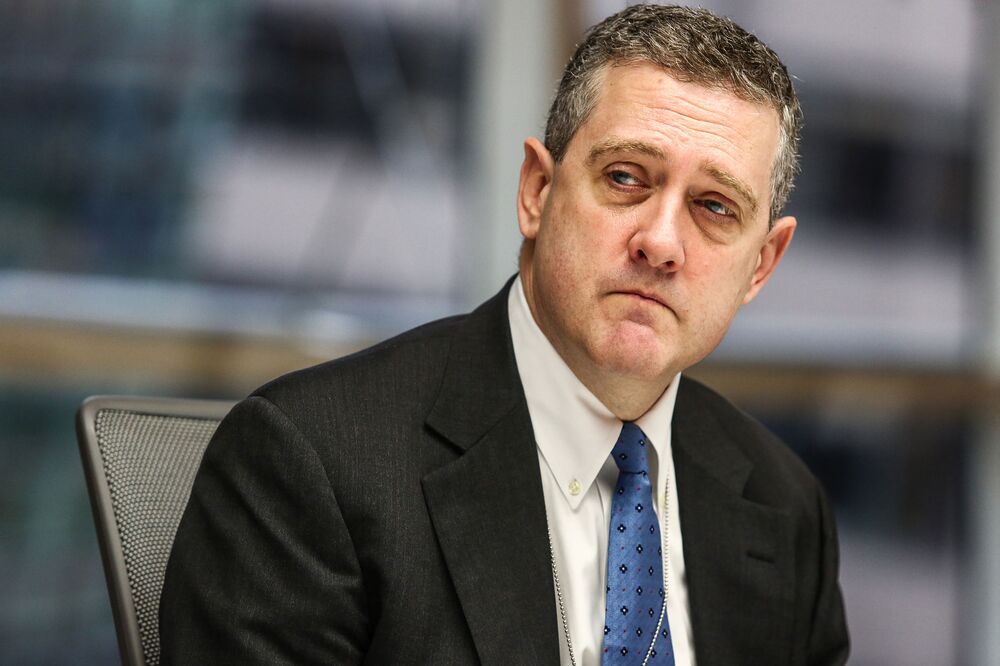 "The inflation rate is quite high," Bullard said. "It behooves the committee to tack in a more hawkish direction in the next couple of meetings so that we are managing the risk of inflation appropriately."

Bullard suggested that the Fed's monthly bond purchases be reduced to $30 billion per month rather than the current $15 billion "taper," with purchases ending in March rather than June, opening the door to a possible rate increase that much sooner.

Fed officials have stated that they do not intend to raise the target interest rate from its current near-zero level until the taper is completed, but this could be debated if the Fed wishes to convey a more aggressive stance against inflation, according to Bullard.

He also suggested that the central bank allow its balance sheet to begin shrinking by not reinvesting maturing bonds as soon as the taper ends.