A day after the conservative Democratic senator publicly rejected the president's social spending plans, US President Joe Biden and Senator Joe Manchin discussed the "Build Back Better" bill, according to a White House adviser.

"He (Biden) has some confidence about that (bill), including discussions he has had with Senator Manchin," Jared Bernstein, a member of the White House council of economic advisers, told CNN on Friday.

"The president and Senator Manchin - the day after that announcement where the senator said he couldn't vote for the bill as it was - they were talking again."

Manchin, a conservative Democratic senator, rejected the president's Build Back Better plan earlier this month, putting the legislation in jeopardy. 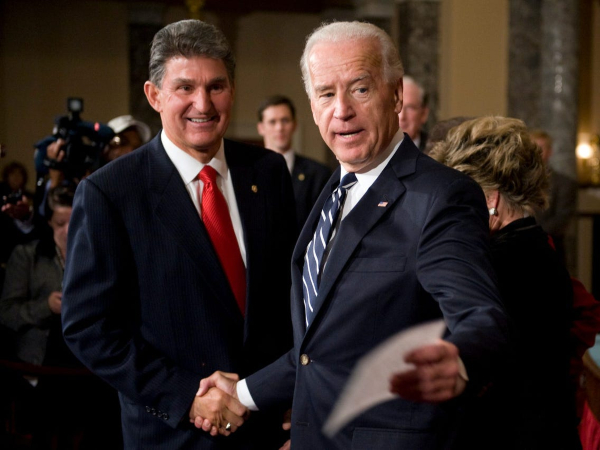 Manchin's action prompted Goldman Sachs (GS.N) to lower its forecast for US economic growth. Manchin's rejection of the bill threatened to jeopardize hundreds of billions of dollars in funding for climate-change mitigation measures and meeting the Biden administration's climate goals.

Manchin has expressed reservations about a number of proposals in Biden's signature domestic policy bill, including multiple climate proposals and an extension of the monthly child tax credit payments.

Following Manchin's rejection, Biden told reporters that he and the senator were "going to get something done" on the legislation.

Manchin's support is critical in the Senate chamber, where Democrats hold the narrowest majority and Republicans are united in their opposition to the bill.
Senate Majority Leader Chuck Schumer has stated that a bill will be voted on in early 2022.

Despite Manchin's public rejection of the plan, U.S. Representative Pramila Jayapal, a leading liberal House Democrat, has asked Biden to continue focusing on social spending legislation and urged him to use executive action.