Business activity in Germany declined for the third month in a row in October, as supply constraints and increased energy costs pushed inflation in Europe's largest economy to a new high.

IHS Markit’s final Purchasing Managers’ Index (PMI) for services revealed that activity in the sector fell to a six-month low of 52.4 in October, down from 56.2 the month before.

The composite PMI indicator, which comprises both services and manufacturing sectors, dropped to 52.0 in October from 55.5 in September. 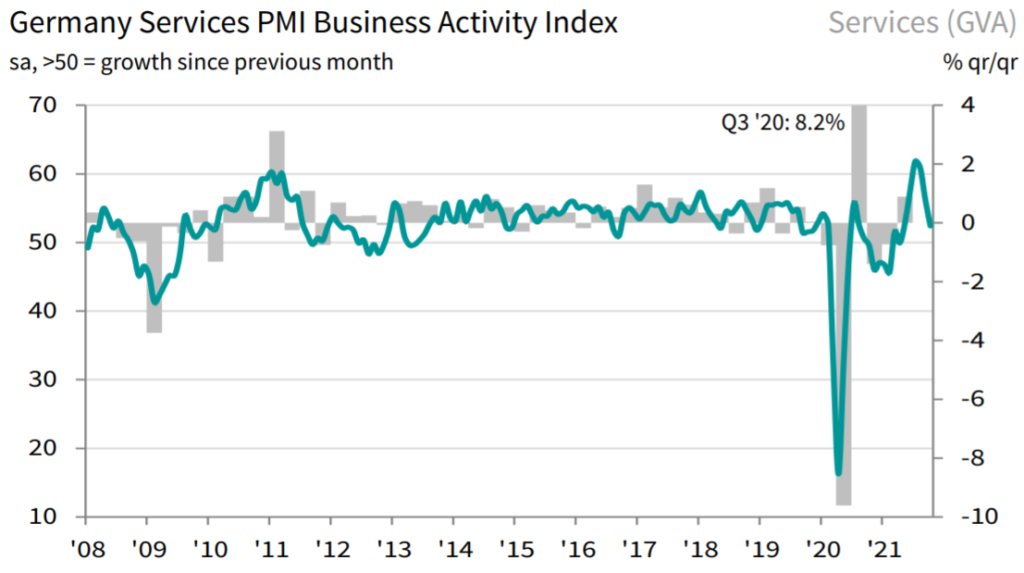 According to IHS Markit economist Phil Smith, the economy is projected to lose momentum in the final three months of the year after gross domestic product rose at a slower-than-expected 1.8% quarter-on-quarter from July to September.

In addition to supply issues, service providers highlighted staffing capacity constraints as a stumbling block to activity, even if total job creation in the industry remained strong.

Price pressures in the services sector grew even stronger, fuelled by an increase in energy costs.

“While goods inflation continues to outpace services inflation, the latter is now at an all-time high as firms in the sector pass on a slew of rising expenses to customers,” Smith added.