Google, a subsidiary of Alphabet, announced on Thursday that it is delaying its January return-to-work plan indefinitely due to rising worries about the Omicron strain of the coronavirus and some resistance to company-mandated vaccines.

Google announced in August that employees would be expected to come in three days a week starting Jan. 10 at the earliest, putting an end to its voluntary work-from-home policy. 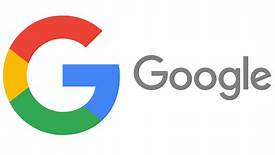 Google officials warned staff on Thursday that the deadline will be extended beyond that date.

The update was in accordance with Google's previous guidance that a return to work would start no early than Jan. 10 and would be dependent on local conditions.

According to Google, nearly 40% of U.S. employees have visited an office in recent weeks, with larger numbers in other regions of the world.

Hundreds of employees, however, have challenged the company's vaccination obligation for those working on US government contracts, according to CNBC.

During the epidemic, Google was one of the first corporations to ask its workers to work from home. It has 85 offices in more than 60 countries.

According to the European Union's public health service, Europe has so far registered 79 cases of the Omicron variety, which was originally discovered in southern Africa last month.