Grove, a hemp, health, and wellness firm, announced on Thursday the creation of Upexi, a wholly-owned division to compete with Amazon  and other eCommerce businesses.

Grove has created a name for itself in the CBD/cannabis field, and it has recently acquired Vitamedica, an online nutraceutical company.

Grove's eCommerce section, Upexi, will function as a suitor for business owners wishing to sell. 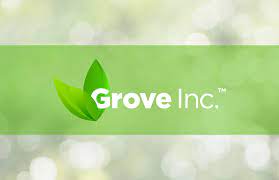 "With Upexi, potential sellers will be able to access Grove’s programmatic ad technology, in-house digital marketing experts, and direct partnership with a team of expert Amazon PPC buyers who fine tune listings or start from scratch," according to the business.

The company's objective was laid forth by Grove CEO Allan Marshall: "Amazon aggregation has been a goal for us since the beginning." Over the next year, we hope to add 10+ Amazon and Ecommerce businesses to the portfolio, followed by another ten the following year. We aim to reward people for their efforts and let them to watch their brands flourish under Grove. We intend to recruit the Amazon/ecommerce specialists behind these brands in many cases and continue to grow our workforce."