Pfizer announced on Tuesday that a final analysis of its antiviral COVID-19 pill showed near 90% efficacy in preventing hospitalizations and deaths in high-risk patients, and recent lab data suggests the drug's effectiveness against the fast-spreading Omicron variant of the coronavirus has not changed.

Based on early data in approximately 1,200 people, the US manufacturer reported last month that the oral treatment was around 89% effective in reducing hospitalizations or deaths when compared to placebo. An additional 1,000 persons are included in the data released on Tuesday.

In the trial, no one died from Pfizer medicine, whereas 12 people died from the placebo.

The Pfizer pills are given every 12 hours for five days with the older antiviral ritonavir, starting soon after the onset of symptoms. If approved, Paxlovid will be the brand name for the medicine.

Pfizer also reported preliminary results from a second clinical trial, which showed that the therapy decreased hospitalizations by 70% in 600 standard-risk patients. 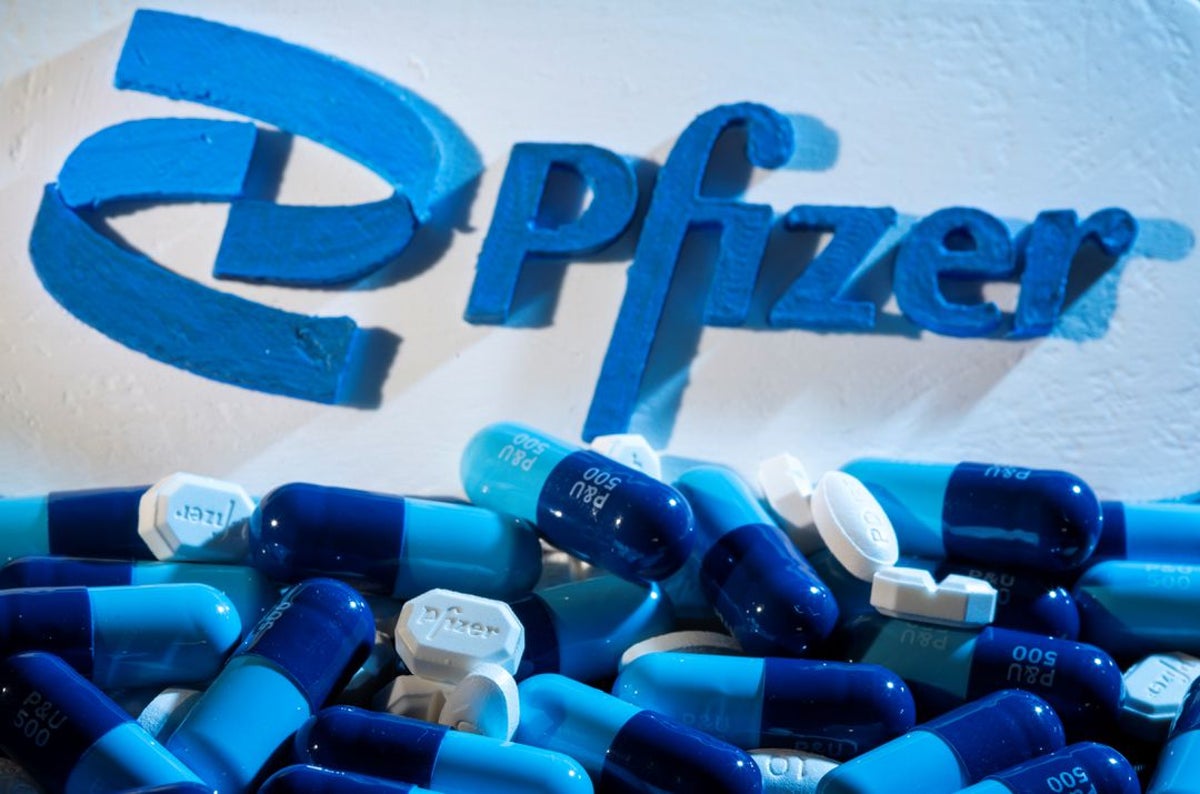 "We're talking about thousands of lives saved and hospitalizations avoided. And, of course, if you deploy this quickly after infection, we're likely to see a significant reduction in transmission "Dolsten explained.

Dolsten said he expects the US Food and Drug Administration and other regulatory bodies to approve the drug for use in high-risk individuals soon. He does not believe that a meeting of the FDA advisory panel will be required.

The FDA's decision might come in a matter of weeks, if not days, given the success of Pfizer's drug in averting hospitalizations and deaths in at-risk patients, according to Zarina Saidova, an analyst with Moscow-based Finam Holdings.

Paxlovid is expected to generate $15 billion to $20 billion in revenue next year, according to Saidova, a huge boost for the corporation in the face of projected vaccine sales declines.

In the United States, no oral antiviral therapies for COVID-19 are currently approved.

Merck & Co., a competitor, has requested emergency use authorization for its antiviral drug molnupiravir. However, in a clinical trial of high-risk patients, that drug only reduced hospitalizations and deaths by about 30%.

Some scientists have expressed concerns about the Merck drug's potential to cause birth abnormalities, as well as concerns that it could lead the virus to evolve.

Pfizer's medication operates in a different way. It belongs to the protease inhibitors class of drugs, which are currently used to treat HIV, hepatitis C, and other viruses.

According to Dolsten, recent laboratory research revealed that the Omicron variant's protease activity is "as good as essentially any SARS-COV-2 variant of concern."

The company has stated that it will be able to export 180,000 treatment courses this year, with plans to create at least 80 million more in 2022.

Pfizer is trying to increase that output, according to Dolsten, because new varieties, such as the recently found Omicron, might increase the demand for antivirals significantly. Currently, available vaccines appear to be less efficient in preventing Omicron infection.

Through a licensing agreement with the international public health group Medicines Patent Pool, Pfizer, which produces one of the most popular COVID-19 vaccines with German partner BioNTech, has agreed to allow generic manufacturers to supply versions of the drug to 95 low- and middle-income countries (MPP). Dolsten, on the other hand, expects Pfizer to produce the majority of the drug next year.

The US government has already purchased 10 million Pfizer medication courses for $5.29 billion.