Iran said on Monday that if discussions to revive the nuclear deal succeed, the US should provide guarantees that Washington will not again abandon Tehran's 2015 nuclear deal with international powers.

Indirect discussions between Iran and the US, which paused in June following the election of hardline Iranian President Ebrahim Raisi, are due to resume on November 29 in Vienna in order to reinstate the deal that Washington abandoned three years ago and reimposed sanctions on Iran.

Iran's stance appears to have toughened recently, with the country demanding that the US ease all sanctions imposed since 2018 before Iran will negotiate with it. 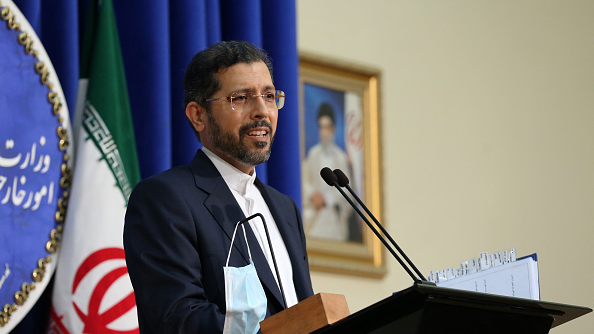 Iran said that if the US wants to make progress in the talks, it must adjust its attitude.

Foreign Ministry spokesman Saeed Khatibzadeh echoed Iran's official position, saying that Washington must lift the sanctions placed on Tehran by former US President Donald Trump in a transparent manner and provide a guarantee that no future US government will repeat what was done in 2018.

“Perhaps they want to remove all of the illegal and extra-territorial sanctions imposed by the previous US government. But action is what matters," Khatibzadeh said.

He also stated that Washington should "acknowledge its error in abandoning the pact."