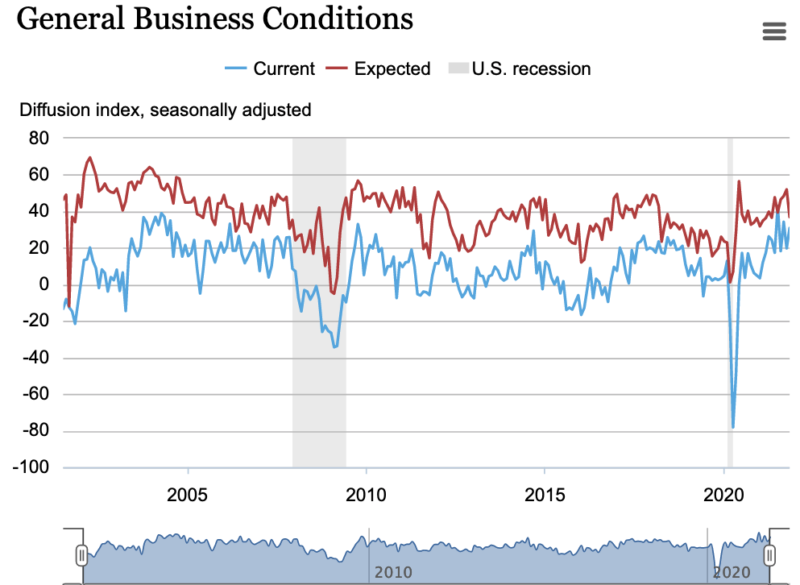 The New York Fed conducts this monthly survey of manufacturers in New York State. Participants from across the state represent a variety of industries. On the first of each month, the same pool of roughly 200 manufacturing executives (usually the CEO or the president) is sent a questionnaire to report the change in an assortment of indicators from the previous month. Respondents also give their views about the likely direction of these same indicators six months ahead.

Investors track economic data like the Empire State Manufacturing Survey to understand the economic backdrop for the various markets.

How The Market Reacts?