The stock of Oshkosh Corporation declined 1.6 percent in Friday trade after the firm stated preliminary projections show revenue for the fourth quarter ending September 30 will be around $2.05 billion, down from the forecast of $2.10 billion it issued in July.

The business attributed its amended estimate to rising raw material and freight prices, stating that they remain tough and would most certainly persist beyond 2022.

The adjusted earnings per share is expected to be in the range of 90 cents to 95 cents. On October 28, the business will provide the final figures.

In the fourth quarter of the previous fiscal year, the company generated consolidated sales of $1.78 billion. It announced in July that fourth-quarter revenues would increase by 18%. This would have equivalent to $2.10 billion in fourth-quarter sales.

It said that the major supply chain and logistics disruptions were worse than expected and that parts shortages had impeded its capacity to build and distribute units, contributing to labor inefficiencies. 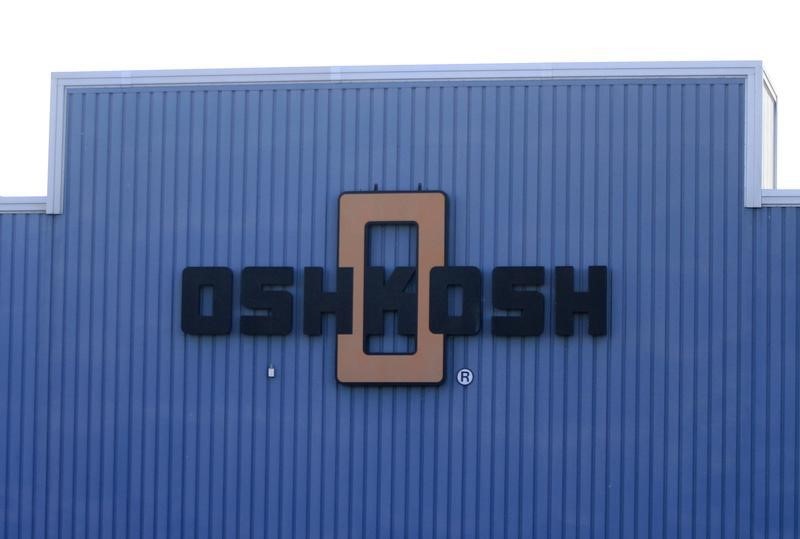 President and Chief Executive Officer John C. Pfeifer said the business had increased prices in its non-defense segments in the last six to nine months to cover increasing raw material and freight expenses.

"However, we do not expect this price catch-up until the end of the second quarter of calendar 2022, due to our backlogs." We will take additional pricing adjustments if cost inflation continues,” he wrote in a note.

On the one hand, despite cost concerns, Pfeifer said the business anticipates strong customer demand for its access equipment, fire and emergency, and commercial markets to continue.

To "better align the timing of its business planning and reporting operations with those of its customers," Oshkosh is switching to a January to December fiscal year.