Taiwan President Tsai Ing-wen sent a New Year message to China on Saturday, warning that military conflict is not the answer, but Beijing responded with a stern warning that if Taiwan crossed any red lines, "profound catastrophe" would result.

China claims democratically governed Taiwan as its own territory and has stepped up military and diplomatic pressure on Taiwan in the last two years to reaffirm its sovereignty claims.

"We must remind the Beijing authorities to not misjudge the situation and to prevent the internal expansion of 'military adventurism'," Tsai said in her live Facebook-streamed New Year's address on Saturday.

Taiwan asserts its independence and has repeatedly pledged to defend its liberty and democracy. 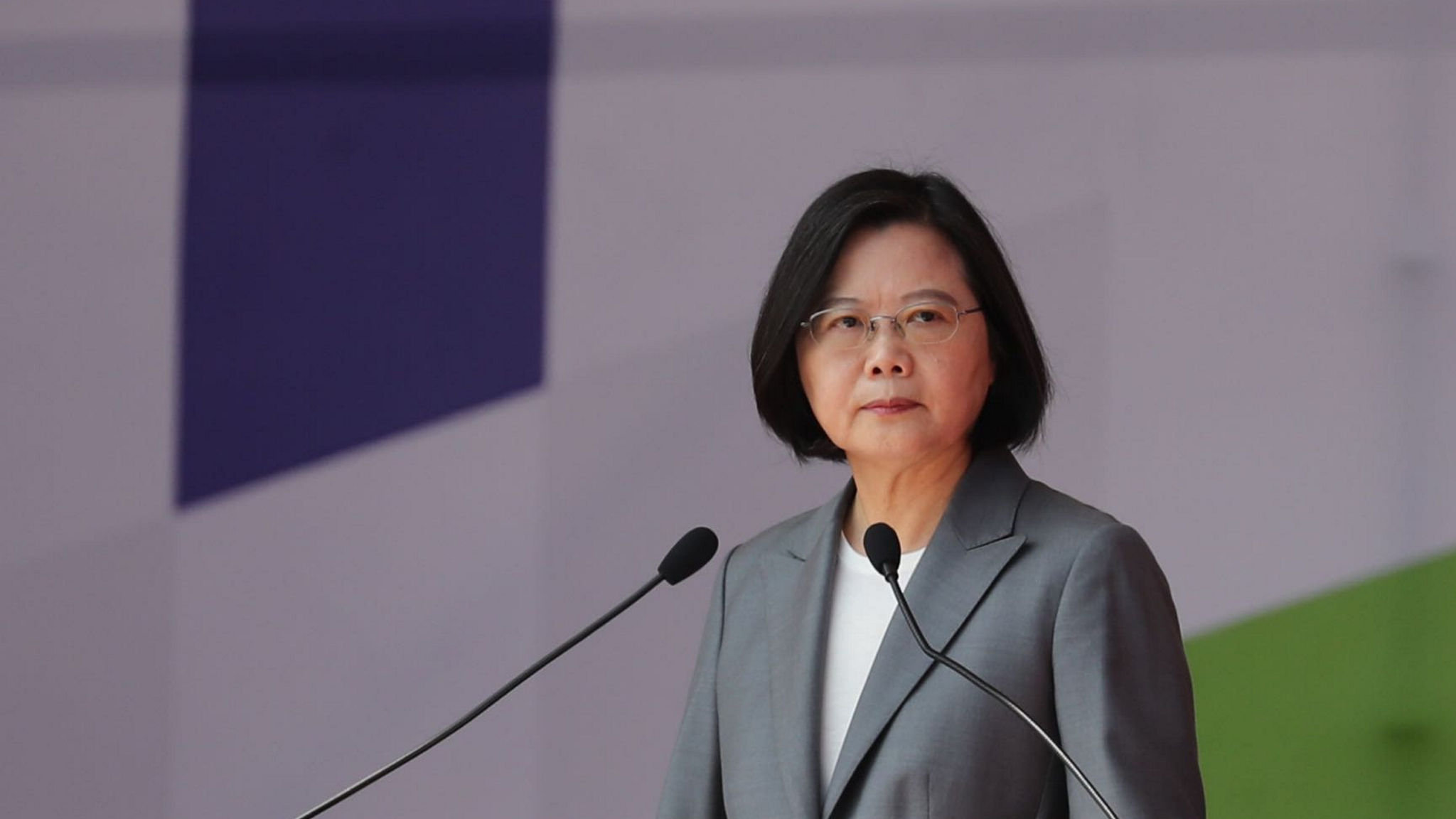 Chinese President Xi Jinping stated in his New Year address on Friday that complete reunification of "the motherland" was a shared aspiration of people on both sides of the Taiwan Strait.

Following Tsai's speech on Saturday, Zhu Fenglian, the Taiwan Affairs Office's spokesperson in Beijing, stated: "We are willing to strive for the prospect of peaceful reunification." "But if 'Taiwan independence' separatist forces continue to provoke and coerce, or even cross any red line, we will have to take decisive measures."

Pursuing independence would plunge Taiwan into a "deep chasm" and result in "profound catastrophe" Zhu added.

Beijing has conducted repeated air missions over the Taiwan Strait in recent months. Taiwan has stated that it will not cower in the face of threats. "The military is definitely not an option for solving cross-strait disagreements. Military conflicts would impact economic stability," Tsai said.

To alleviate tensions in the region, both Taipei and Beijing must "work hard to take care of people's livelihoods and calm the hearts of the people" in order to work cooperatively to find peaceful solutions to problems, she said.

Tsai also stated that Taiwan would continue to monitor the situation in Hong Kong, noting that interference in the recent legislative election and the arrests this week of senior staff at pro-democracy news organization Stand News "made people worry even more about human rights and freedom of speech in Hong Kong"

"We will hold fast to our sovereignty, uphold the values ​​of freedom and democracy, defend territorial sovereignty and national security, and maintain peace and stability in the Indo-Pacific region," Tsai stated.