Tesla shares dropped 5.4% in premarket trading on Monday, as investors braced for Elon Musk's proposed sale of about a tenth of his stake in the electric-car maker following his Twitter poll.

Musk, the world's richest man, tweeted on Saturday that if users of the social media network supported the idea, he would sell 10% of his stock.

More than 3.5 million people voted yes in a Twitter poll asking Musk's followers if he should sell stock, with 57.9% saying yes.

Musk previously stated that he would have to execute a substantial amount of stock options within the next three months, resulting in a significant tax burden. Selling some of his shares may be able to help him pay his taxes.

"I only have stock, thus selling stock is the only way for me to pay taxes personally," Musk said below his poll. "Either way, I was ready to accept it." 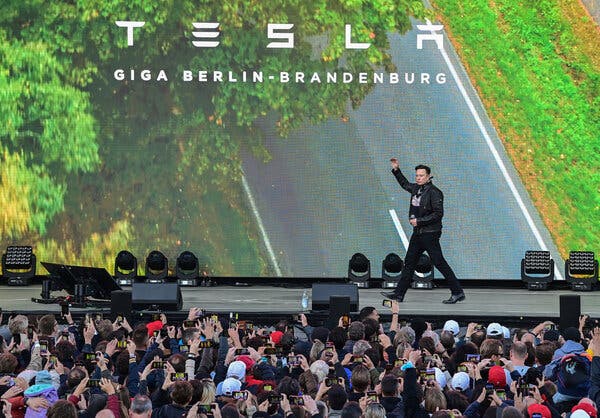 Before the bell, the electric vehicle maker's stock was trading at $1,156.3, implying a $66 billion loss if the declines continue.

Speculators were likely to try to outrun his selling, according to market participants. According to Reuters calculations, Musk's holding in Tesla was around 170.5 million shares as of June 30, and a 10% sell would be worth roughly $21 billion based on Friday's closing price.

He possesses a 23% ownership in the world's most valuable automotive firm, including stock options.

According to Refinitiv data, Tesla insiders sold $259.62 million worth of shares in the three months ending Nov. 4, excluding sales of indirectly held shares.

"When dumping a huge exposure, the last thing you want to do is betray your hand," said Chris Weston, head of research at Melbourne broker Pepperstone.

"When you have an overhang like this, purchasers tend to flee, but this is no ordinary story, and it's Musk's method of retaliating against the idea to tax the wealthy with gains on unrealized earnings."

"The drop won't continue long," said David Madden, a markets analyst at Equiti Capital in London, "since Tesla has such a wonderful record of bouncing back from these types of selloffs."

Musk has had his share of run-ins with financial regulators, thanks to his Twitter banter, announcements, and vibrant engagements with fans.

The US Securities and Exchange Commission (SEC) fined the billionaire $20 million for tweeting in 2018 that he was considering taking Tesla private at $420 a share and had secured finance. He was also urged by the SEC to resign as chairman.

Following Musk's 2018 post, the regulator asked Tesla to vet any material public statements Musk made on the EV maker, so investors will be watching for a response from the regulators on Musk's Twitter poll.