Tesla stock fell in early trading on Monday, extending a week of steep losses following Chief Executive Officer Elon Musk's sale of a total of $6.9 billion worth of stock in the world's most valuable automaker.

Tesla's value would go below $1 trillion if its shares fell below $995.75, a milestone it passed late last month after landing its largest-ever order from auto rental company Hertz.

The world's wealthiest individual got into an argument with Senator Bernie Sanders on Sunday when the senator urged that the wealthy pay their "fair share" of taxes. 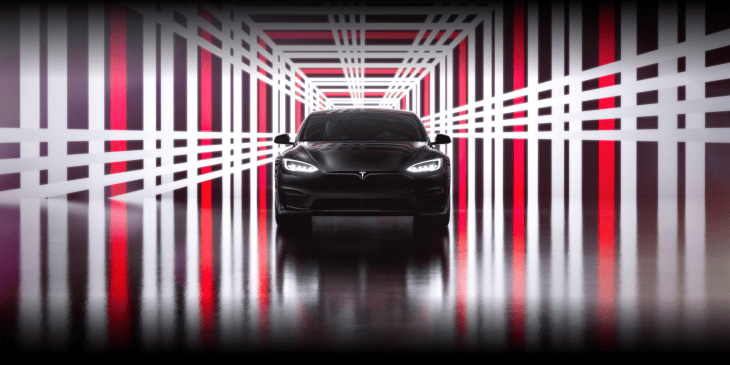 "According to a Twitter survey taken last week, Tesla shares have been falling since the sale. In the coming weeks, Musk's Sunday post mocking a prominent politician may add to the stock's pressure "Kunal Sawhney, CEO of equity analysis firm Kalkine Group, echoed this sentiment.

"Elon Musk is anticipated to incur a tax liability of roughly $15 billion by selling shares worth billions of dollars."

Musk sold 6.36 million Tesla shares last week and has to sell another ten million to meet his goal to divest 10% of his stake in the electric vehicle producer.

Musk told a Twitter user on Saturday not to "read too much into" PepsiCo CEO Ramon Laguarta's comments about Tesla Semi trucks arriving in the fourth quarter.

"As previously said, Tesla is constrained by chip supply in the short term and cell supply in the long term," Musk wrote on Twitter. "Until both limits are resolved, it will be impossible to create additional automobiles in volume."

Tesla has fared better than its competitors in the face of the pandemic and the global supply-chain problem, reporting record revenue for the fifth quarter in a row.

In the meantime, "The Big Short" investor Michael Burry tweeted, "@elonmusk borrowed against 88.3 million shares, sold all his residences, went to Texas, and is asking @BernieSanders whether he should sell additional stock." He is not in need of money. He only wants to get rid of Tesla."

According to Refinitiv data on Friday, Tesla's January and February 2022 calls with a strike price of $900 were among the top three most actively traded options contracts, indicating that some traders expect additional short-term deterioration in the company.