While delegates at the United Nations climate conference in Glasgow debated how to save the globe, Toyota Motor CEO Akio Toyoda was racing an experimental hydrogen car in Japan, a vehicle he claims might save millions of auto jobs.

Akio Toyoda drove a bright Toyota Corolla Sport around the Okayama International Circuit in western Japan, which was powered by a hydrogen-fueled GR Yaris engine. Making a commercially viable version of this powerplant could help keep internal combustion engines running in a carbon-free world. 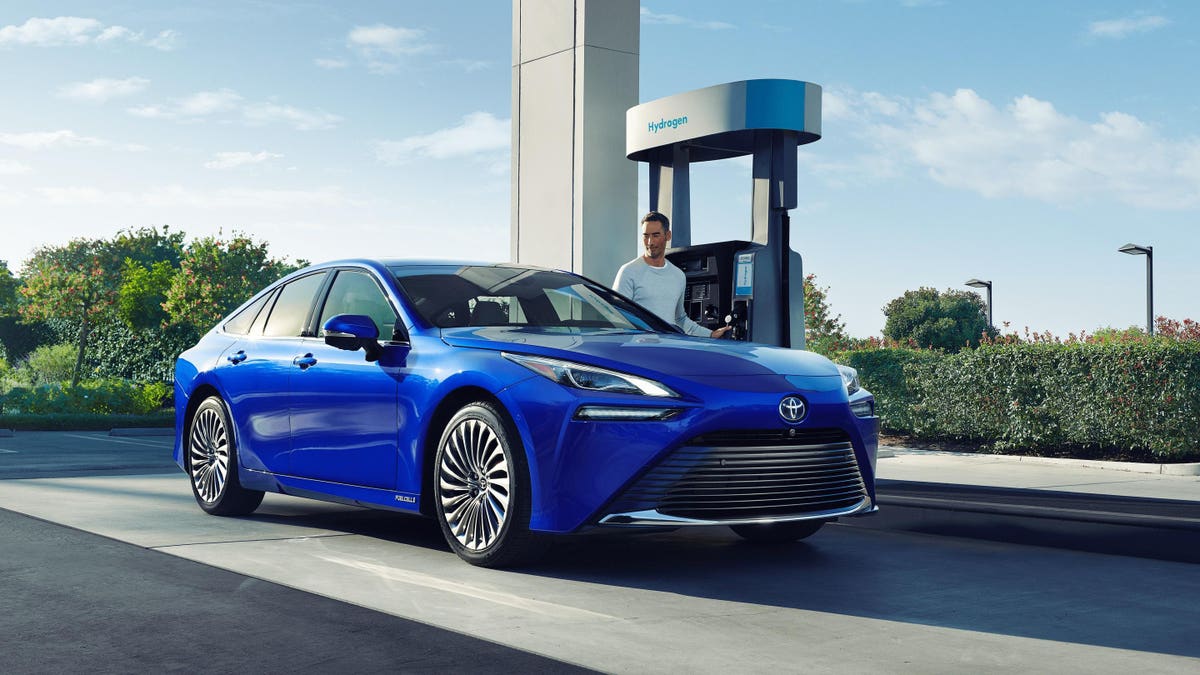 "Carbon, not internal combustion engines, is the enemy. Instead of focusing on a single technology, we should make use of the ones we already have "At the track, Toyoda stated. "Carbon neutrality is about keeping options available, not about having a singular decision."

Toyota's latest foray into hydrogen technology comes as the world's largest automaker joins the race to capture a piece of the burgeoning market for battery electric cars (BEVs), as governments across the world tighten emission rules in order to achieve carbon-cutting commitments.

According to the International Energy Agency, global electric car registrations increased by 41% in 2020, despite the entire car market contracting by nearly a sixth (IEA).

Toyota wants to offer 15 electric vehicle models by 2025 and is investing $13.5 billion over the next ten years to enhance battery output.

ELECTRICITY IS NOT THE ONLY OPTION

Six major carmakers, including General Motors, Ford Motor, Volvo of Sweden, and Daimler's signed a declaration in Glasgow pledging to phase out fossil-fuel vehicles by 2040.

Toyota declined to join the organization, claiming that most of the world is not ready for a shift to EVs.

In an interview with a major Newswire, Toyota Vice Chairman Shigeru Hayakawa said, "We don't want to be known as an EV maker, but as a carbon-neutral firm."

Hayakawa compared the auto industry's technological decision to a late-nineteenth-century conflict that pitted direct current electricity transmission against the alternating current. The stakes are really high.

"If carbon-free fuels are adopted soon, the first battery EV boom may come to an end," said Takeshi Miyao, an analyst at Carnorama, an auto industry research firm.

In Japan, where large layoffs are politically difficult, hydrogen has the appeal of causing less disruption than a complete changeover to electric vehicles. According to the Japan Automobile Manufacturers Association, the auto sector employs 5.5 million people in Japan.

Despite the fact that Toyota and other automakers are investing in hydrogen fuel cell vehicles (FCV), none have demonstrated the same enthusiasm for the technology as Toyota.

One issue is that the engine is not carbon-free and hence cannot be classified as zero-emission.

Although water is produced as a byproduct of hydrogen and oxygen combustion, a little amount of engine metal also burns, resulting in around 2% of the emissions produced by a gasoline engine. There are also traces of nitrogen oxide in the exhaust.

Building electric car batteries have a carbon cost, yet when used, EVs do not affect the environment.

Toyota engineers had to refuel the vehicle far away from the pits where other teams worked on their cars due to safety concerns.

Despite the Japanese government's support for hydrogen, which it regards as a critical component in the country's future carbon-neutral energy mix, such worries have hindered the building of hydrogen fueling stations.

"Hydrogen has long been recognized as a viable low-carbon transport fuel, but integrating it into the transportation fuel mix has proven difficult," the IEA stated in a progress report published this month at 000ww.iea.org/reports/hydrogen.

Even with suitable fuel infrastructure, Toyota still needs to develop a vehicle that can compete with regular gasoline automobiles and electric vehicles in terms of pricing, range, and operating costs.

Toyoda declined to indicate when a commercial hydrogen-engine car would be released in Okayama.

"It's beneficial to have a variety of options. If everyone switches to electric vehicles, a large portion of the industry will be based in China "Eiji Terasaki (57), who had traveled to the Okayama track to see the races from Kagawa prefecture, agreed.