President Tayyip Erdogan expressed satisfaction with the decrease in lira volatility and stated that the government was working on measures to increase interest in the Turkish currency.

During his visit to Albania on Monday, he stated that interest rates and inflation will gradually decline, and the lira will strengthen, with 2022 being Turkey's "brightest year."

He added that Turkey's inflation is decreasing in line with expectations and rates can be reduced, depending on the situation. 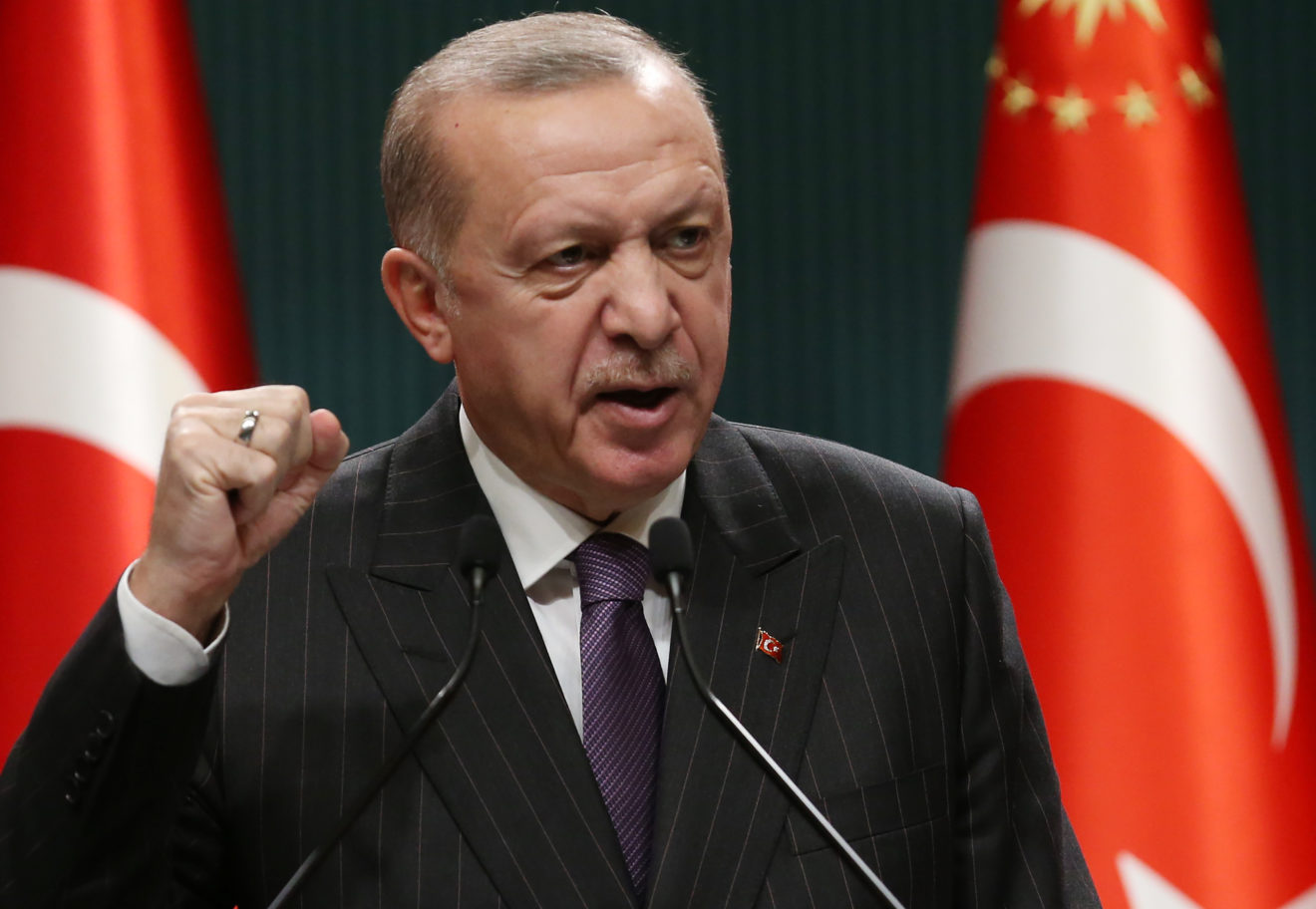 When speaking on the topic of a possible Russian invasion of Ukraine, Erdogan said that the prospect was not realistic and that he needed to discuss the matter with Russian President Vladimir Putin.

The West has expressed concern over a possible invasion of Ukraine by tens of thousands of Russian troops stationed near the country's border. Such plans have been denied by Russia.

"Russia's invasion of Ukraine does not strike me as a realistic option because Ukraine is not a typical country. Ukraine is a powerful country" Erdogan said. "In order for Russia to make that move, it would have to review both the global situation and its own."