As firms strive to attract and retain employees, Tyson Foods announced on Monday that it will pay approximately $50 million in year-end bonuses to the frontline and hourly meatpacking workers beginning this month.

The one-time bonuses will be based on tenure and will range from $300 to $700 for the 86,000 eligible Tyson employees, according to the business.

Due to the tight labor market and safety concerns during the COVID-19 outbreak, meat producers in the United States have struggled to locate enough workers this year. 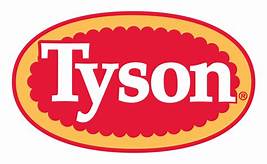 According to a U.S. House of Representatives subcommittee study, some 59,000 workers were infected with COVID-19 at Tyson and competitors JBS USA, Cargill Inc, National Beef Packing Company, and WH Group's Smithfield Foods between January and February.

Because meatpackers labor in close quarters for lengthy periods of time, they were particularly heavily struck by the pandemic.

Over the last year, Tyson said it has spent more than $500 million on wage increases and bonuses for frontline workers. According to the corporation, the average total pay for hourly workers exceeds $24 per hour, including salary and other benefits such as medical insurance.