The UK government has issued a veiled threat to abandon the Northern Ireland protocol sooner rather than later, stating that it "cannot wait forever" for the EU to respond to its demands to rewrite the Brexit deal.

David Frost, the Brexit minister, said he has been waiting for a formal request for significant amendments to the protocol since July, which the UK has largely stopped over concerns about inspections on a variety of goods.

Frost cautioned the EU that it must come back with "ambitious" plans to renegotiate the protocol that was drawn up to avoid a hard border on the island of Ireland, declaring the "long terrible dream of EU membership finished."

However, said he was not convinced the EU would accept his demands, setting the scene for an impending triggering of Article 16, which allows the UK to unilaterally suspend some of the current arrangements if the EU does not respond. 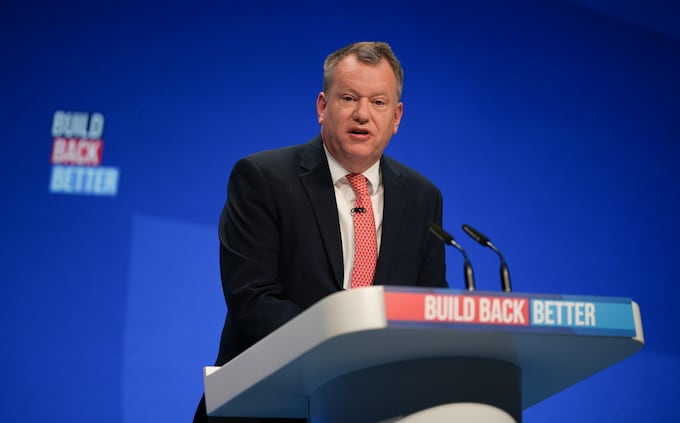 “Based on what I've heard, I'm concerned that we won't get a response that allows for the significant change we require,” he said. “We can't wait indefinitely. If no agreement is reached soon, we will be forced to use the Article 16 safeguard mechanism to address the protocol's implications on Northern Ireland."

He informed delegates that Boris Johnson understood he was "taking a risk" when he agreed to the protocol in 2019, but the risk was "worthwhile in the sake of peace and the protection of the Belfast/Good Friday accord."

“We were concerned from the outset that the protocol would not be able to withstand the strain if not treated sensitively,” he added. "We were correct, as it turned out.”