Private sector employment increased by 571,000 jobs from  September to October according to the October ADP National Employment Report. 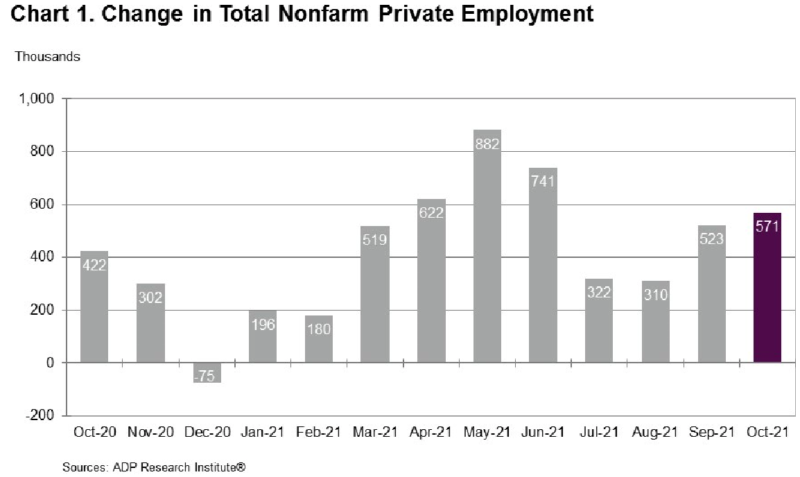