November data from IHS Markit signaled the second-weakest rise in production recorded over the past 14 months as producers reported further near-record supply delays and a slowing of new order inflows to the softest so far this year. Jobs growth also waned amid difficulties filling vacancies.

Longer lead times, supplier shortages, and higher energy prices meanwhile pushed the rate of cost inflation to a fresh series high. Although firms still sought to pass on greater costs to clients, the pace of increase in prices charged slowed to the softest in three months amid signs of push-back to higher prices from customers.

The seasonally adjusted IHS Markit US Manufacturing Purchasing Managers’ Index posted 58.3 in November, down fractionally from 58.4 in October and lower than the earlier release 'flash' estimate of 59.1. The latest reading was the lowest since December 2020. Although remaining well above the 50.0 neutral level, the PMI was boosted in particular by the further near-record lengthening of supplier lead times and increased inventory building. While normally considered positive developments associated with an expanding manufacturing economy, the lengthening of lead times reflected an ongoing supply shock and inventory building often reflected concerns over the future supply situation. 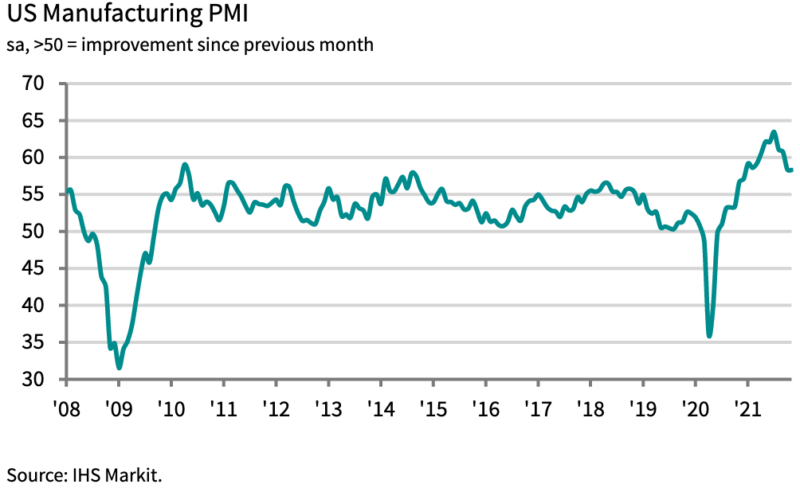