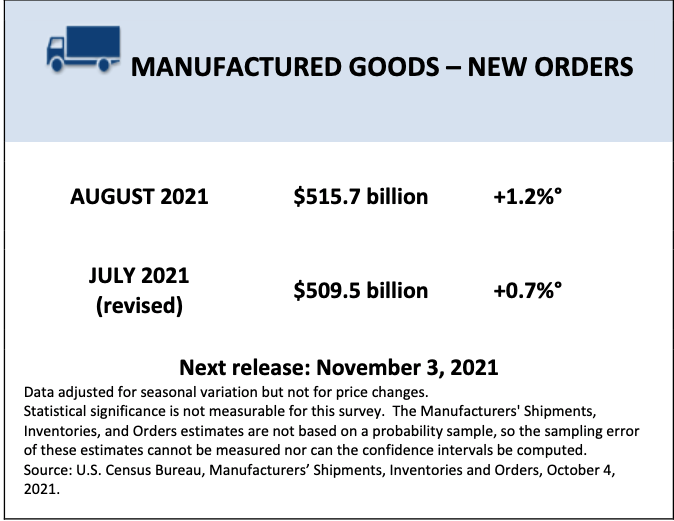 Represent the dollar level of new orders for both durable and nondurable goods. Durable goods are items that last 3 or more years. PCs, cars, phones etc.

If orders drop off, factories risk being idle, and companies owning these plants can quickly lose money. If demand for factory goods is strong, assembly lines will remain in full operation and the manufacturer can generate sales income.

STOCKS - Equity investors prefer to see Factory Orders validate other signs of economic strength as this could translate into higher corporate earnings.

BONDS - Bond prices might inch higher if Factory Orders conform with other evidence that the economy is weakening.