The Producer Price Index for final demand increased 0.5% in September, seasonally adjusted, the U.S. Bureau of Labor Statistics reported today. Final demand prices moved up 0.7% in August and 1.0% in July. On an unadjusted basis, the final demand index rose 8.6% for the 12 months ended in September, the largest advance since 12-month data were first calculated in November 2010. 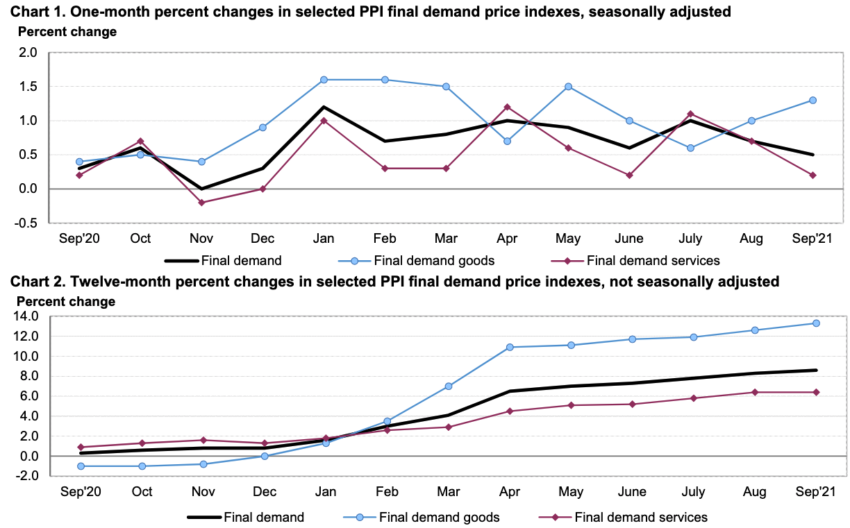 BONDS - If the PPI detects rising price pressure in the economy, it could depress bond prices and force interest rates higher. No change or a decline is viewed favourably by bondholders because it suggests the absence of any troublesome inflation.