China has told the US that it wants all parties involved in Ukraine to remain calm and avoid raising tensions, while the US has emphasised de-escalation and warned of the security and economic risks posed by Russian aggression.

"We call on all parties to remain calm and refrain from doing anything that raises tensions and hype up the problem," Wang told Blinken, according to a statement from China's foreign ministry.

Russia, which has been bolstering its military along Ukraine's borders for months, has demanded that NATO withdraw troops and weaponry from eastern Europe and ban Ukraine, a former Soviet state, from joining the alliance. 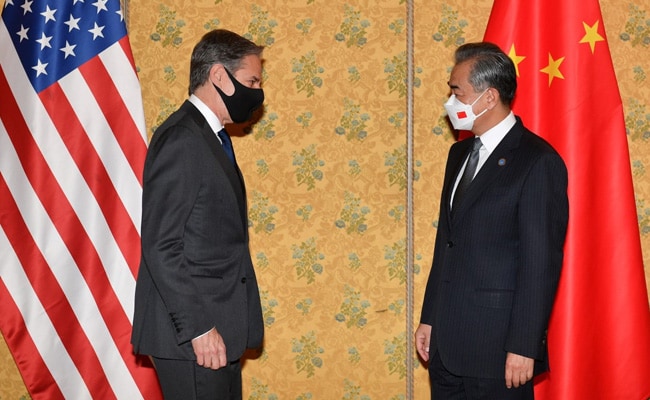 The US and its NATO allies reject this position, but say they are willing to talk about other issues like arms control and confidence-building measures.

According to a statement released by the US State Department, "Secretary Blinken emphasised that de-escalation and diplomacy are the responsible way forward."

The department said that the conversations focused on global security and the economic risks presented by continued Russian aggression against Ukraine.

Wang, apparently referring to Russia's objections to NATO's expansion in eastern Europe, told Blinken that one country's security could not be sacrificed at the expense of other countries' security, and regional security could not be guaranteed by strengthening or even expanding military blocs, according to his ministry.