US Equities extended their surge, as strong corporate reports served to offset fears about rising inflation.

The S&P 500 jumped 0.7% after profits at travelers companies and Johnson & Johnson beat expectations, while shares of Procter & Gamble were knocked down by rising commodity and freight costs.

As the market grapples with the potential of tighter monetary policy despite rising prices, the fifth day of advances pushes the benchmark index within half a percent of an all-time high. The dollar fell against a basket of major currencies as traders increased their wagers that central banks across the world would raise interest rates ahead of the Federal Reserve.

Meanwhile, global bond yields were uneven, with the 10-year Treasury yield rising to 1.6%.

Investors are watching earnings season closely to see how increasing energy and raw material costs are influencing profit margins. In a tumultuous afternoon, crude oil rose in New York after Russia said it might not offer Europe more natural gas until the Nord Stream 2 pipeline is approved. Base metals, meanwhile, took a break from the rush to new highs.

The Fed's bond-buying program, according to Waller, should start tapering next month. However, he warned that interest rate hikes are still some time away. The remarks were the latest in a series of Fed officials' talks this week aimed at calming market jitters. 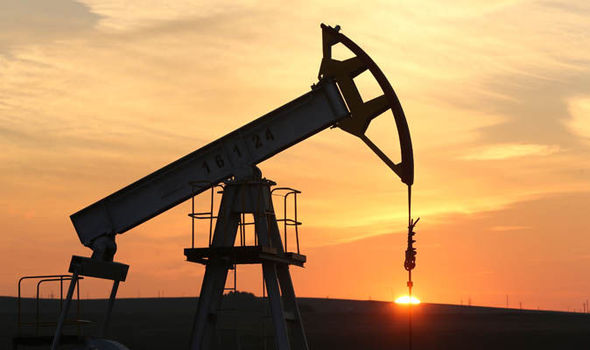 Asian markets rose following a rise in the United States, as a focus on corporate results boosted investor confidence.

Shares rose in Hong Kong and Japan but fell in China, where the central bank increased a daily liquidity injection and kept lending prime rates steady.

As traders evaluated the corporate effect of supply-chain snarls and rising commodity prices, US futures remained stable after the S&P 500 ended near a record.

The dollar dropped on speculation that foreign central banks would raise interest rates ahead of the Federal Reserve.

The offshore yuan pared a jump.

Bitcoin is on the verge of recapturing the all-time high it hit in April. In a landmark event for the cryptocurrency sector, the first bitcoin-linked exchange-traded fund listed in the United States launched as the second-most actively traded fund on record.

European markets and US futures both climbed on Tuesday, as the prospect of strong corporate results served to alleviate worries about rising prices. Treasuries rose while the dollar fell.

The Australian Central Bank said that it remained committed to maintaining extremely supportive monetary conditions to boost the economy, whipsawing Australian bonds, while global bond rates were mixed. The emphasis in China is on the debt-ridden China Evergrande Group's real-estate business and its upcoming coupon payment on local debt.