Global stock futures and US index futures rose as signs of a solid recovery in the world's largest economy offset concerns about inflation and a faster tapering of Fed stimulus.

Trading volumes fell around the world as traders in the United States took the Thanksgiving holiday.

The French Fishing Association Body spoke on Brexit and fishing talks, stating that they will take action at a port tomorrow at 14:00 local time, in St. Malo as well as the Eurotunnel, which may result in the blockade of some boats, in a protest act. 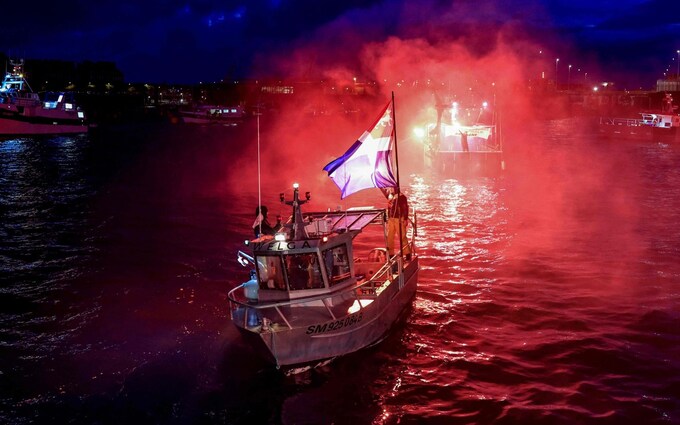 Stocks, treasury yields, and oil sank on Friday, while the yen rose, as a new coronavirus strain sparked concern in global markets.

An Asia-pacific share index fell to its lowest level since mid-October, with Japan and Hong Kong underperforming and travel stocks among the biggest losers. Futures in the United States and Europe fell, while the 10-Year Treasury yield fell to roughly 1.60%.

Scientists in South Africa and the WHO are investigating a recently discovered variety that has been reported as being quite different from prior forms. Flights from South Africa and other African countries have been banned by the United Kingdom and Israel. Two instances of the strain have been confirmed in Hong Kong.

The dollar was approaching a 16-month high, while the rand fell below 16 to the dollar for the first time in a year. Crude fell more than 1.5%, while gold increased. The markets in the United States were closed on Thursday for Thanksgiving and will have a reduced session on Friday, which may reduce trade volumes.

On security fears, China is alleged to have asked Didi to delist from the US.

Global stock futures rose with US index futures as signals of a strong rebound in the world's largest economy overshadowed concerns about inflation and a quicker unwinding of Fed support.

As US markets remained closed for the Thanksgiving holiday, December contracts on the S&P 500 and the Nasdaq 100 indexes both increased at least 0.2%. The dollar remained stable at a 16-month high. In Europe, Remy Cointreau rose 11%, helping the region's benchmark gain the highest in three weeks. Nickel is reaching its highest level in over a decade, as base metals continue to rise.

On Wednesday, markets in the US held up well in the face of a flood of economic data along with the Fed minutes that bolstered expectations for the Fed to remove stimulus sooner rather than later. Rising bets for a faster taper, as well as an earlier interest rate liftoff, signal caution may return after Thanksgiving.

The European Central Bank is said to be considering strict limits on the riskiest leveraged loans.

Goldman Sachs expects the Fed to double its taper rate from January.

International Energy Forum Twitter: Iran could restore 700,000 BPD of oil supply to the market quickly if there is a nuclear agreement and sanctions are waived.

Due to supply restrictions and China's downturn, Japan's outlook on exports and output was lowered in November's report.