The economic danger of restrictions to control the new omicron form exceeded optimism about vaccine efficacy in the United States, causing equities to fall and bonds to rise.

The S&P 500 and Nasdaq 100 both fell, capping a three-day rise, as consumer discretionary and real estate companies led the market lower. After a weak sale of 30-year bonds, treasuries pared their rise. Meanwhile, the CBOE Volatility Index crept closer to 22.

The cost of containing the omicron strain is being calculated, as there is growing concern that it would stymie the economic recovery. According to Bloomberg Economics, new work-from-home guidance in the United Kingdom might cost the country's economy £2 billion ($2.6 billion) per month. According to one study, the omicron variation is 4.2 times more transmissible than the delta variant in its early phases.

The global share rise could be derailed further by US consumer inflation data on Friday and a Federal Reserve meeting next week, which could provide indications on the pace of tapering and interest rate increases.

The dollar strengthened on Thursday as a report showed that applications for state unemployment benefits in the United States had dropped to their lowest level since 1969. However, economists have raised concerns about the seasonal adjustments required to arrive at that figure. Initial claims increased on an unadjusted basis.

Stocks in Europe reversed early gains to trade marginally lower. Among the individual swings, EDF dropped as the government considers a cap on regulated power rates to help reduce growing electricity prices. Meanwhile, Unicredit spa increased after announcing that it will return at least 16 billion euros ($18.1 billion) to shareholders by 2024.

In Asia, China Evergrande Group and Kaisa Group Holdings Ltd. officially defaulted on their dollar debt, while the People's Bank of China boosted its foreign currency reserve requirement ratio for the second time this year, following the yuan's highest level since 2018. 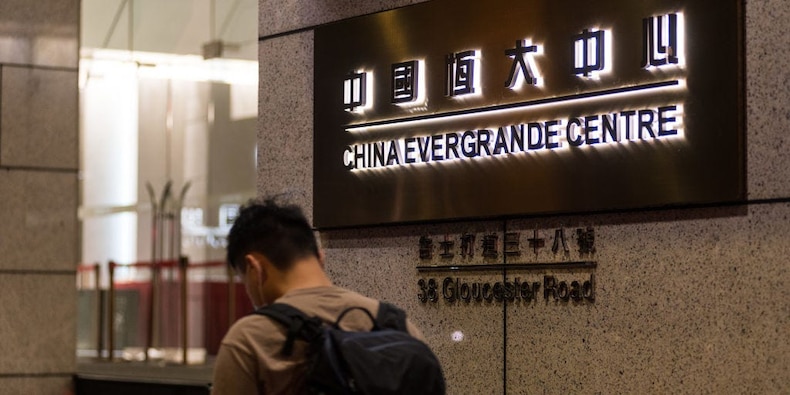 Asian stocks fell alongside their US counterparts as traders weighed the economic threat of virus restrictions against optimism about vaccine efficacy.

Equity markets in Asia suffered minor losses. US futures rose on Thursday after benchmarks ended a three-day rally amid losses in the consumer discretionary and real estate sectors.

Oil remained stable at around $71 per barrel, and bitcoin recovered some of its losses. The dollar maintained its overnight gains.

China's markets are under scrutiny following the official default of China Evergrande Group and Kaisa Group Holdings Ltd. on their dollar debt. Evergrande's stock dropped about 2%. The trading of Kaisa's shares in Hong Kong has been halted.

Concerns of economic risks from measures to regulate the new variant outweighed optimism about vaccine efficacy, sending US futures down. The dollar rose, while Treasuries and crude oil fell.

The S&P 500 and the NASDAQ 100 extended their advances, while European markets erased early gains to trade little changed.

The pound fell as Goldman Sachs pushed back its forecast for a UK rate hike. Business groups urged the government to intervene after Prime Minister Boris Johnson announced restrictions to halt the spread of the variant, which could cost the economy up to £2 billion ($2.6 billion) per month, according to sources.

In its early stages, Omicron is 4.2 times more transmissible than the Delta version, according to research.

BoJ is said to see a lowering of corporate debt buying as likely, according to people familiar with the matter.

Market bets on a 15 basis point increase in the Bank of England's interest rate next week have dropped to 41%, down from 46% on Wednesday and nearly 70% at the start of last week.

SenseTime, a Chinese AI company, will be blacklisted by the US over Xinjiang before its IPO. - FT