On Wednesday 26th of October, at 10 AM ET, the Bank of Canada releases its interest rate decision, as well as its Monetary Policy Statement and Rate Statement.
Median forecasts are for a 75 BPS hike to 4%. Here are some views on what to expect: Wells Fargo
Forecast: 3.75% (50 BPS Hike)
Economic indicators have clearly softened in recent months. Employment declined in three of the four months through September, monthly GDP data point to a clear slowing in the pace of growth, the Bank of Canada's latest Business Outlook Survey pointed to economic weakness ahead, and inflation has eased slightly (if not yet meaningfully).
Against this backdrop, we do expect the BoC to raise interest rates at next week's meeting, although the 50 bps policy rate increase to 3.75% that we forecast would be smaller than the rate hikes delivered at the July and September announcements. 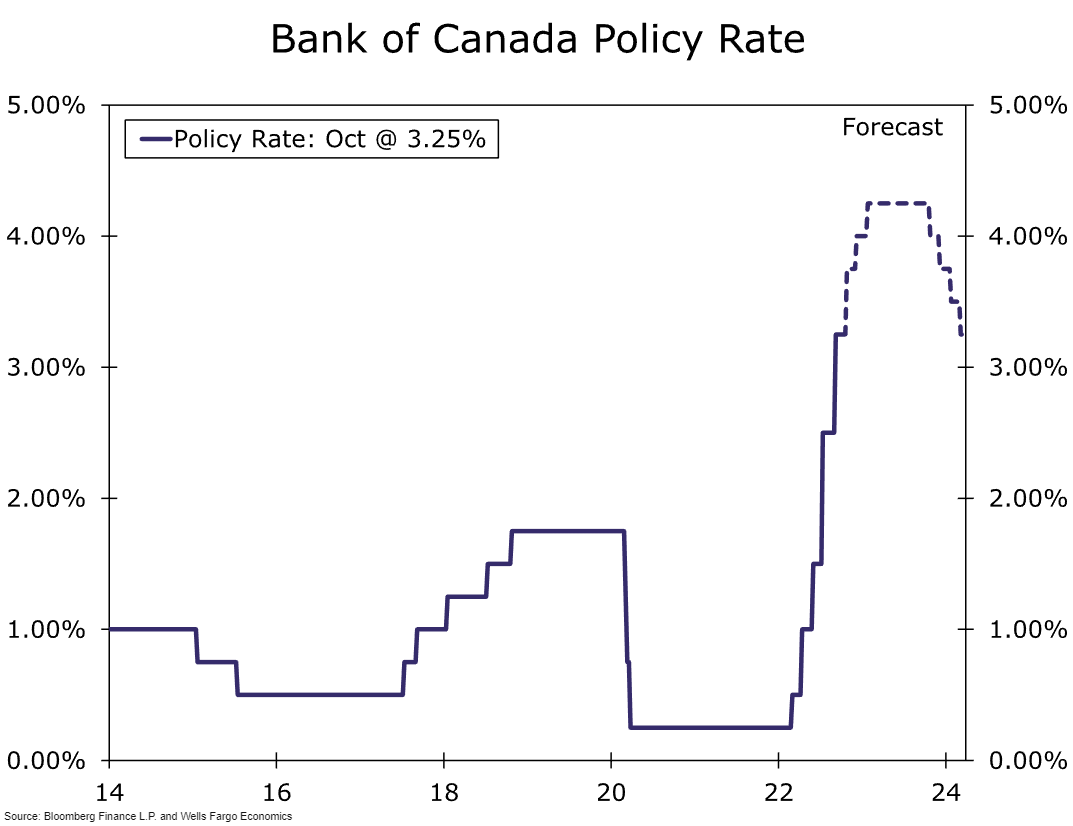 ING
Forecast: 4% (75 BPS Hike)
The Bank of Canada has raised its policy rate a cumulative 300bp since February and is set to hike a further 75bp next week as inflation pressures linger and domestic demand holds up better than expected. Any benefits to the Canadian dollar are still likely to be quite contained and short-lived, as external risks remain elevated.

Interest Rate Futures
Interest-rate traders are pricing in about a 95% chance of a 75-basis point rate increase from the Bank of Canada today.

Previous Release
On September 7th at 10 AM ET, the Bank of Canada hiked interest rates by 25 BPS to 3.25%, as expected.
This caused a muted reaction to the Canadian Dollar.