On Wednesday, 7th September, the Bank of Canada is set to release its Rate Decision and Rate Statement, here are some views on what to expect:

BMO
Chief Economist Douglas Porter in a report to investors
“The BoC would likely not be pleased to see the housing market stabilize and even revive anytime soon,”
“Any sign that the most interest-sensitive sector of the economy is holding up surprisingly well will be a clear signal that more tightening than expected may yet be required.”
Chief Economist Douglas Porter’s tentative prediction came after Toronto home sales bounced 11% in August from the previous month. while benchmark prices continue to drop, the jump in activity could be a sign the market slide is easing even amid rising interest rates and an uncertain economic outlook.

Bank of Montreal
The Bank of Canada may need to drive interest rates above 4% partly because the housing market is “showing a flicker of life.”

Wells Fargo
After a jumbo 100 bps rate hike in July, we expect the BoC to deliver a 75 bps hike to 3.25% at its September meeting.
We think the BoC will slow down the pace of its hikes beyond September, only taking the policy rate to 3.75% by the end of Q4-2022, although we see the risks as remaining tilted to a higher peak.
We will be particularly interested in guidance on future policy from the BoC, especially against a backdrop of slowing growth and still-elevated inflation. 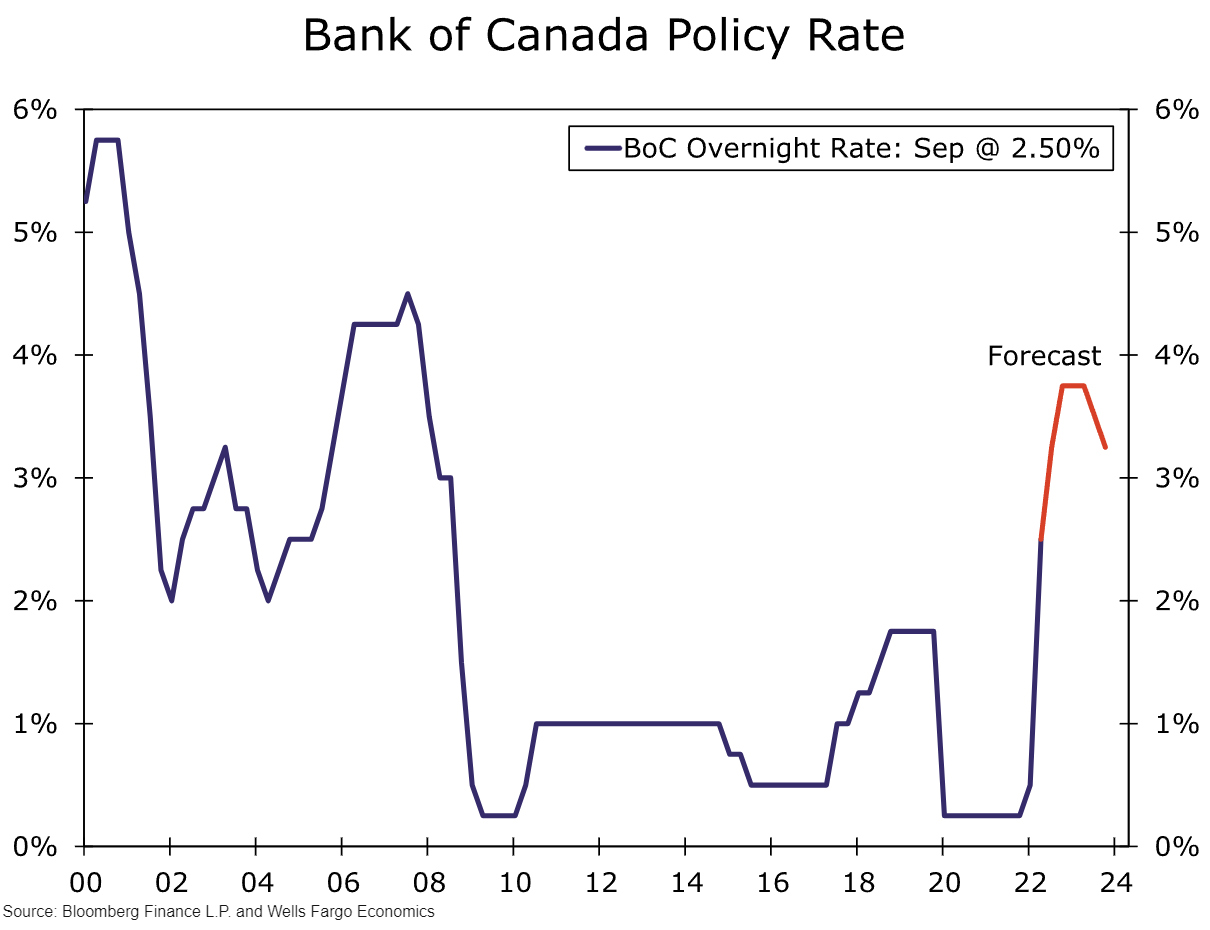 This caused overall strength in the CAD.

In the previous Rate Statement, also released at 10 AM ET on July 13th, the Bank of Canada stated:
"Inflation in Canada is higher and more persistent than the Bank expected in its April Monetary Policy Report (MPR), and will likely remain around 8% in the next few months."
"While global factors such as the war in Ukraine and ongoing supply disruptions have been the biggest drivers, domestic price pressures from excess demand are becoming more prominent."
"More than half of the components that make up the CPI are now rising by more than 5%. With this broadening of price pressures, the Bank’s core measures of inflation have moved up to between 3.9% and 5.4%."