Direct economic implications of the war, are still hard to model into numbers. As a consequence, we will probably have a situation at next week’s ECB meeting in which the inflation projections for 2023 and 2024 could be at 2%, calling for ECB action. In fact, the risk of stagflation has clearly increased, complicating the ECB’s dilemma: how to react to accelerating inflation that cannot be softened by monetary policy. No one can seriously expect the ECB to start normalising monetary policy at such a moment of high uncertainty.

Therefore, we expect the central bank to strike a cautious balance between staying on track for policy normalisation while at the same time keeping maximum flexibility. This strategy would mean the ECB sticks to the already announced rotation of its asset purchase programmes, i.e. ending the PEPP in March and increasing the Asset Purchase Programme from €20bn to €40bn, and instead of announcing targets for 3Q and 4Q, 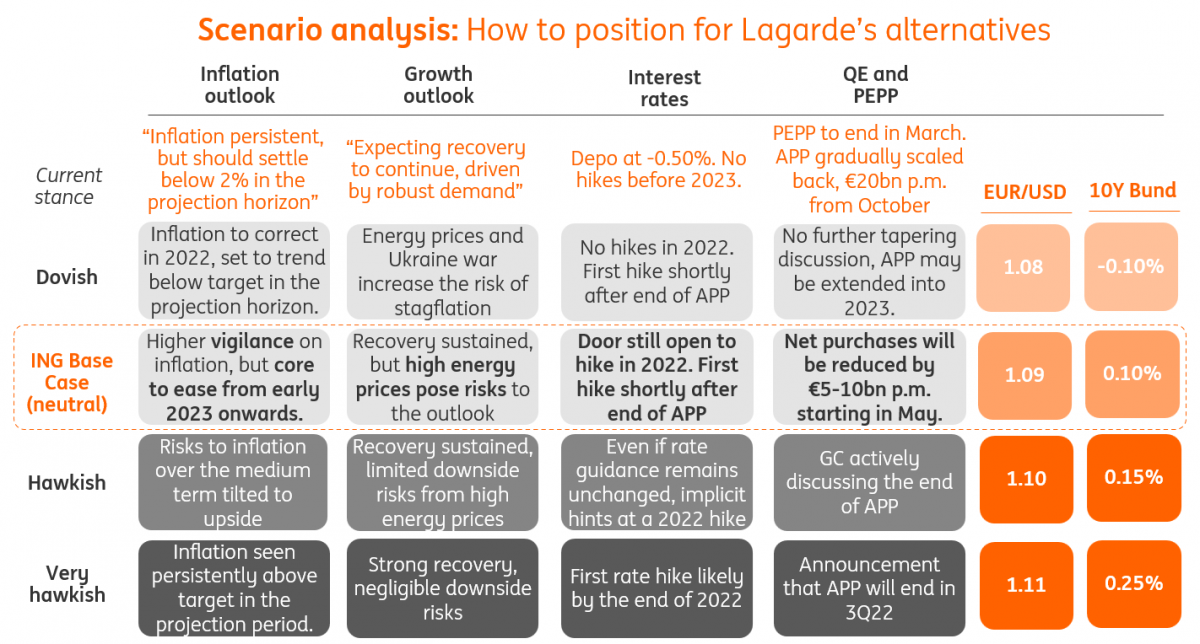 Barclays doesn't expect the ECB to hike rates until early 2024, though they see a small chance it could come in late 2023.

"Given the significant rise in near-term inflation, we expect there will be limited room for front-end rates to rally further," Goldman Sachs economist George Cole. "The market’s response in front-end rates in Europe has been to price out hikes".