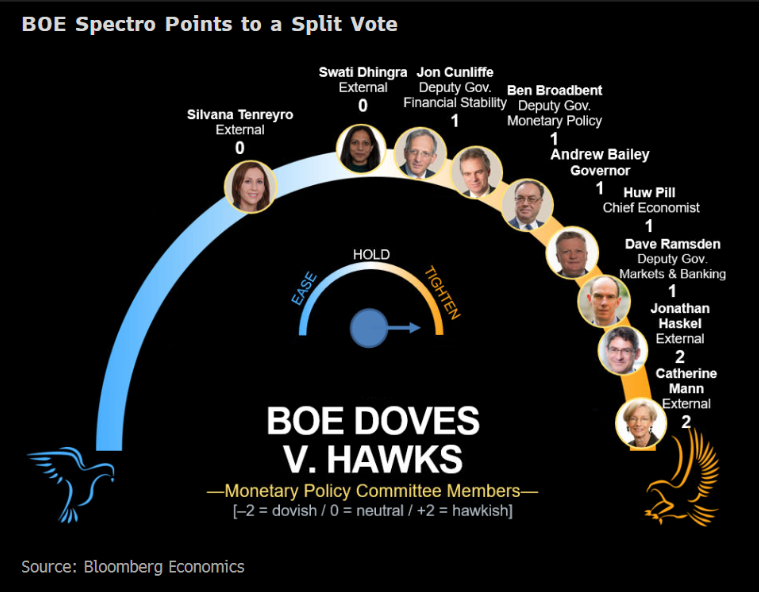 September 15th - Morgan Stanley
Morgan Stanley continued to expect a 50 BPS hike. while fiscal stimulus -- including the likely tax cuts package yet to be announced -- will alter the BoE's growth projections, headline inflation will also be about 4.5pp lower at its peak than it expected in August.

Benjamin Nabarro, the chief UK economist at Citi, said the inflation data did not show signs that price growth was becoming “entrenched” in the economy. he suggested that the MPC would continue to repeat its intent to act “forcefully” if there was evidence of a price spiral.

BoE's Mann: Steady increase in bank rates has not moderated expectations sufficiently. Whether the BoE should raise rates by 75 basis points is an important matter.

BoE's Ramsden: More likely than not that we will have to raise the bank rate further.