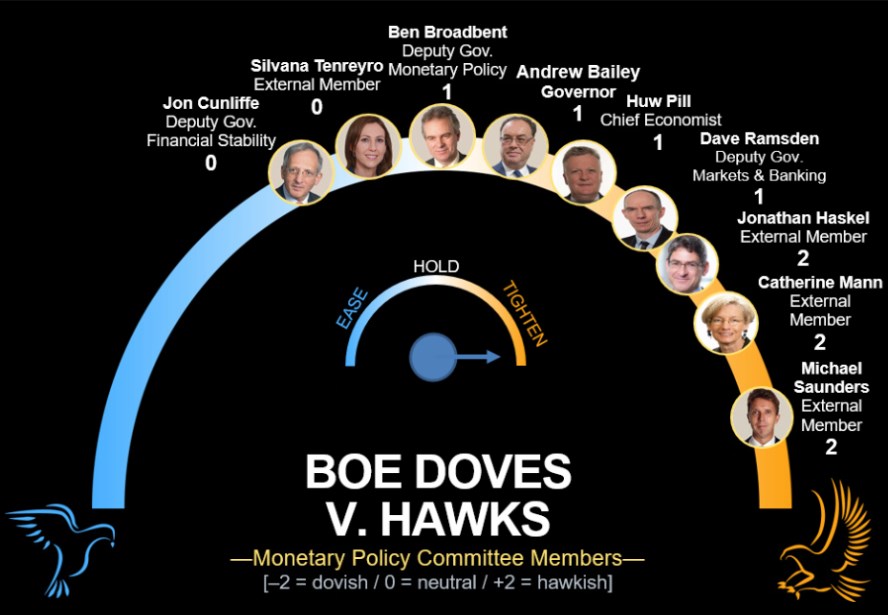 The Bank of England's MPC is slated to meet on Thursday. The MPC has raised its Bank Rate by 90 basis points since December, and we look for further tightening in the months ahead. The overall rate of CPI inflation in the United Kingdom has ballooned to 9.0%, which is significantly higher than the BoE's 2% target, and a double-digit rate in the next few months does not seem far-fetched. Therefore, we expect the MPC to hike rates by 25 basis-points on Thursday with another 25 basis-points increment at its next policy meeting on August 4.

We look for another 50 basis-points of tightening this autumn and early next year, which would take the Bank Rate to 2.00%. We do not expect the MPC to tighten as much as current market pricing indicates—the market is currently priced for a Bank Rate of nearly 3.00% by next May—due to the downside risks that significant monetary tightening poses to the economy. Real income is being eroded rapidly by high inflation, and the combination of potential retrenchment in consumer spending and significant monetary tightening could cause economic activity to crater.

ING - We expect three more rate hikes, including this week's

The situation in the jobs market, alongside the £15bn extra government stimulus is probably enough to convince the committee to hike in June, August and September. That stimulus, which is targeted at those most affected by higher fuel bills, will lift GDP by perhaps a half a percentage point, with most of the impact in the second half of the year. That will help mitigate against the risk of a technical recession.