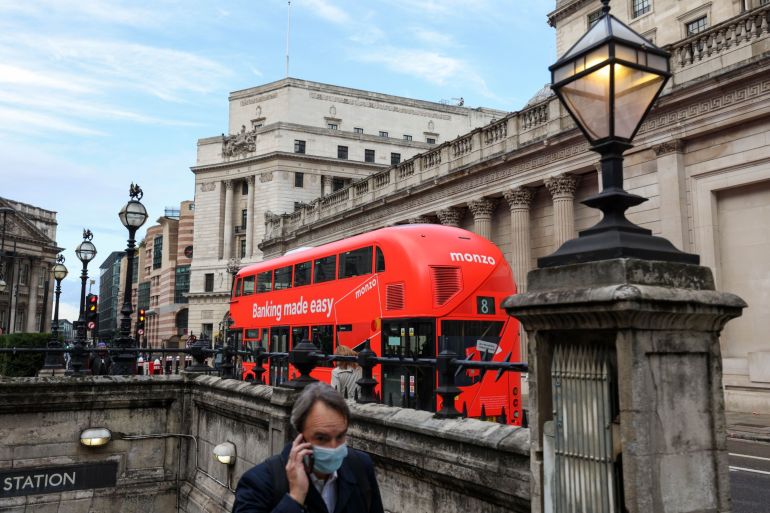 Money markets are wagering on the BoE raising rates five times by 25 basis points and a move of that magnitude from the ECB by December. Traders haven't anticipated such an aggressive timeline of hikes since at least 2008. There is also a growing gap between the market and economists, who believe the BoE's key rate will only reach 0.75% in December.

HSBC's View
Economists anticipate that the BoE will raise its key rate to 0.50%, triggering passive balance-sheet reduction. While money markets have almost fully priced in the increase, limiting sterling's potential upside, the central bank could still deliver a hawkish surprise through its inflation forecasts and any discussion of active quantitative tightening, according to Dominic Bunning, HSBC's head of European currency research.

BMO's View
The pound may rise if the Bank of England forecasts inflation will remain above the 2% target for a longer period than previously expected on Thursday, according to BMO. According to the BoE's most recent projections, inflation will fall below 2% by the end of 2024. "If the bank pushes the 2024 and [new] 2025 forecasts above 2.0%, we would almost be inclined to view that signal as a regime shift in terms of the BoE's inflation views." This could be interpreted as a signal for faster rate rises and, potentially, a higher peak rate.