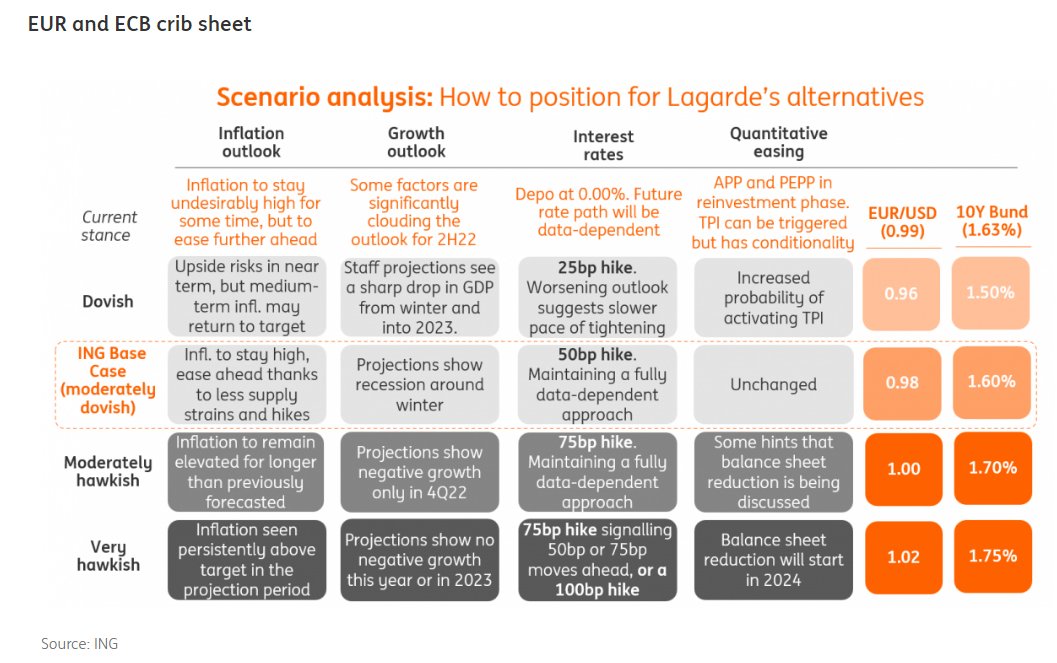 We expect the European Central Bank (ECB) to hike by 50bp at its September meeting. Markets are pricing in 66bp at the moment, and the consensus is leaning in favor of 75bp, so we see some downside risks for the euro. At the same time, short-term rates have not had much of an impact on EUR/USD lately, and the energy crisis should remain the key driver.

In contrast with Canada, the Eurozone has not enjoyed the benefits of lower commodity prices. As such, CPI inflation hit a new record high in August, at 9.1% year-over-year. With this new record CPI print, we expect the ECB to continue raising rates to combat inflation. We anticipate the ECB will deliver a 50 basis-points rate hike at its September meeting, although we clearly acknowledge the risk of a 75 basis-points hike. Recently, executive board member Isabel Schnabel made a series of hawkish comments that argued central banks should tighten monetary policy even at the risk of lower growth and higher unemployment since the greater danger is inflation becoming entrenched.

More broadly, while we currently forecast a peak of 1.00% by the end of 2022, we believe our longer-term policy rate forecast's risks are also tilted to the upside. At the September meeting, we will be particularly interested in comments and clues from President Lagarde about the potential future path of monetary policy, as well as updated GDP and CPI forecasts from the central bank.

Goldman sees the ECB hiking by 75 bps on the August inflation surprise.

August 30th
Eurozone money markets now price in roughly a 52% chance of ECB hiking rates by 75 basis points in sept ECBwatch, down from a 67% chance on Monday.