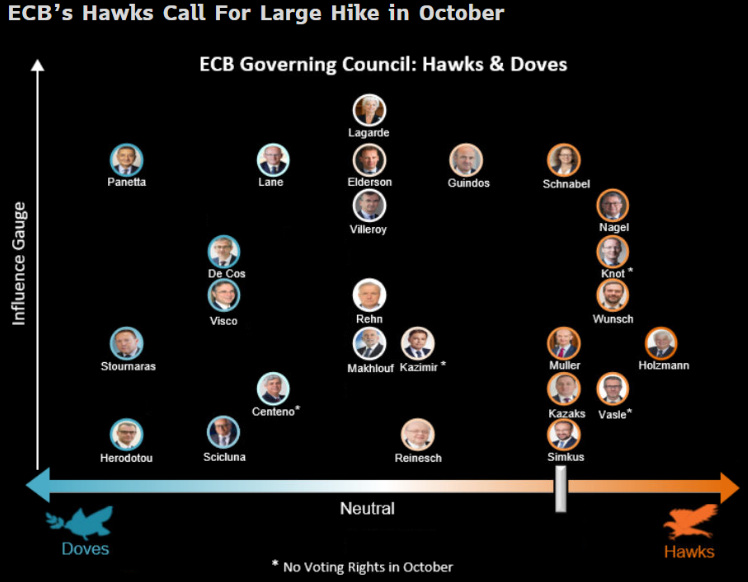 September 9th
Deutsche Bank: We expect a 75 basis-points ECB rate hike in October vs the previous forecast for a 50 basis-points rise.

ECB insider: A rate increase of 50 bps rather than 75 bps are likely in October - Econostream

ING:
With the looming recession, recent market turmoil in the UK, and increasing financial risks, the ECB will have to tread very carefully,” said Brzeski, an economist at ING. “it will have to balance between blind determination to fight inflation and a premature pivot.”

The European Central Bank (ECB) also offers its latest policy assessment next week and is expected to continue with its forceful pace of monetary tightening. ECB policymakers face a Eurozone economic dichotomy, with inflation continuing to ratchet higher but activity data and confidence surveys indicate the Eurozone economy is potentially already contracting. That said, for the most part when faced with these contrasting inflation and growth trends, ECB policymakers have emphasized that inflation remains much too high and that more needs to be done to return inflation back closer to its 2% target. Against this backdrop, we expect the ECB to deliver another 75 bps increase to its Deposit Rate, bringing that rate to 1.50%.

ECB hawks see the unwinding of the balance sheet to begin in early 2023.

October 19th
ECB's Vasle: ECB should hike by 75 basis points at the next two meetings.

October 14th
ECB's Rehn: I anticipate that QT will begin once neutral is reached in 1st half of 2023. 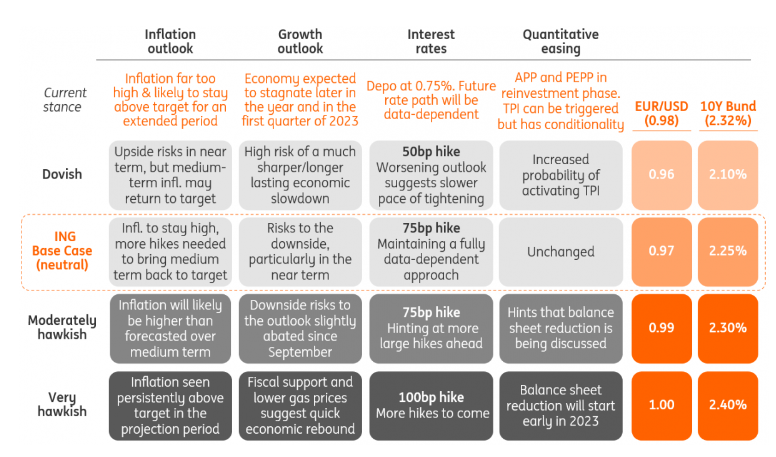