On the 27th of July at 2 PM ET, the FOMC is due to release their next interest rate decision, here are some views on what to expect:

Wells Fargo
The June CPI showed core inflation picking up compared to expectations for a moderation, heightening the risk that inflation is becoming entrenched and leading us to expect a 100 bps hike for the FOMC's upcoming meeting in our monthly forecast released the morning of July 14.
Since then, however, the case for hiking 100 bps has become less compelling. Comments squeezed in right before the blackout period started from some of the FOMC's more hawkish voters—Governor Christopher Waller and St. Louis President James Bullard— signaled that despite another scorching inflation print on top of surprisingly strong job growth in June, another 75 bps hike would likely be adequate in July. 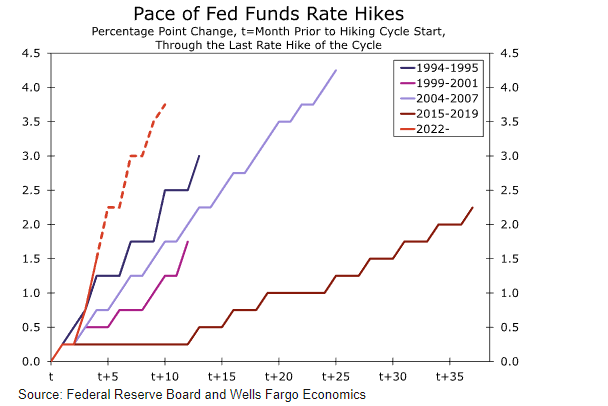 ING
It's been a volatile couple of weeks for interest rate expectations ahead of the 27th July FOMC meeting, but the market now appears settled on a 75bp hike. There are encouraging moves in gasoline prices, but we still look for 50bp hikes in September and November with a final 25bp hike in December. Recession risks linger with rate cuts our base case for summer 2023. 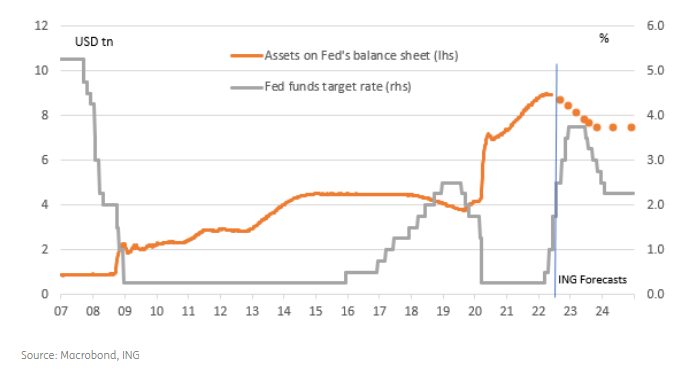 Blackrock
The Fed is set to raise rates by an additional 0.75% or more this week as it scrambles to raise the Fed funds rate into the restrictive territory to rein in inflation. Market views on what to expect next for rates have been volatile. Why? Central banks think they can curb inflation and cause only a mild slowdown, whereas this is unlikely in reality, in our view. We see more volatility ahead until central banks take sides in the stark trade-off between growth and inflation they are facing. 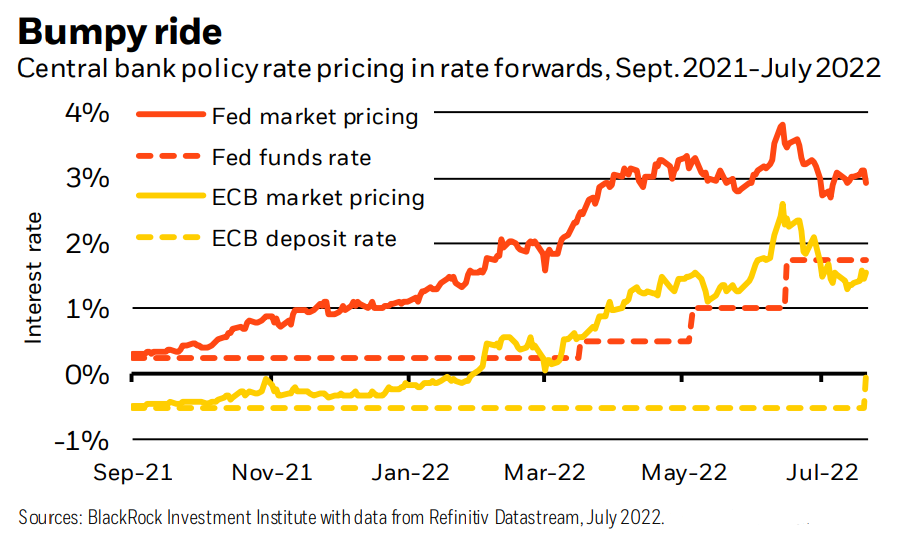 Fedspeak (Cited by WSJ)
Federal Reserve officials have indicated they are gravitating toward another 0.75-percentage-point rate rise at their July 26-27 Federal Open Market Committee meeting, even as they have faced questions about their willingness to do more than that to bring down high inflation.

“Is there a risk we would go too far? Certainly there’s a risk...The bigger mistake to make—let’s put it that way—would be to fail to restore price stability.”

Fed's Bowman (Voting member on the FOMC)
June 23rd Speach
“Based on current inflation readings, I expect that an additional rate increase of 75 basis points will be appropriate at our next meeting as well as increases of at least 50 basis points in the next few subsequent meetings, as long as the incoming data support them.”

Fed's Williams (Voting member on the FOMC)
June 28th CNBC interview
“In terms of our next meeting. I think, you know, 50 [basis points] or 75 [basis points] is clearly going to be the debate” among policymakers. 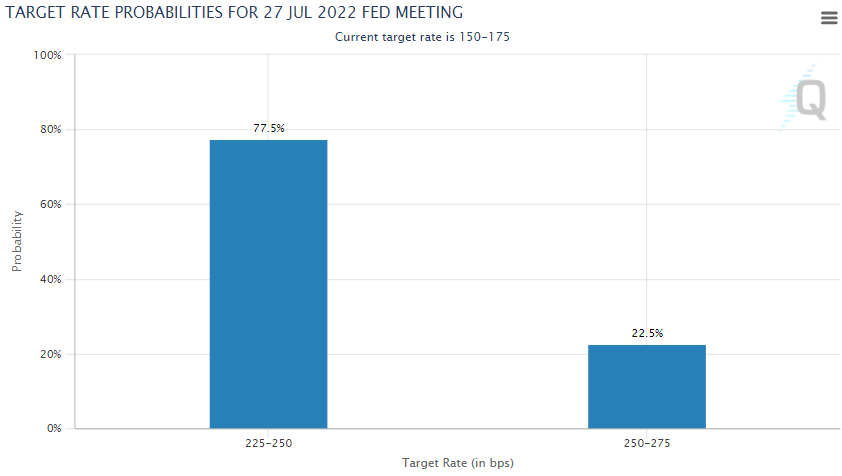 This saw an initial whipsaw in the DXY before moving to the upside, Gold and the S&P 500 also whipsawed, before heading to the downside.