FOMC Statement
Following the release of the US interest rate decision, the FOMC released the rate statement, where they reiterated their commitment to the price stability mandate and the 2% inflation target. They also stated the decision to raise interest rates by 75 basis points was unanimous.
They noted that inflation remained high because of pandemic-related imbalances, higher food and energy prices, and broader price pressures.
The FOMC also repeated that they have the expectation of ongoing hikes.
Balance-sheet reduction will proceed as anticipated in September, with monthly runoff caps increasing to $35 billion for MBS and $60 billion for Treasuries.

Reaction
After this - Fed funds rate futures forecast a 3.4% fed funds rate in December after the 75 basis point hike. 107 basis point tightening is seen for the remainder of 2022.
The market reaction was muted, mostly due to the lack of new comments or in-depth forward guidance within the FOMC rate statement.

FOMC Press Conference with Fed's Chair Powell
At 2:30 PM ET, Fed's Powell began his press conference following the US interest rate hike.
Powell opened the press conference by talking about employment, stating that job growth is slower but still robust and that there are broad improvements in the labor market circumstance. Powell also said that the overall labor market suggests that underlying aggregate demand remains solid.

Forward Guidance
Powell commented that "another exceptionally high rate hike may be appropriate, depending on data."

This comment was stated at 2:35 PM ET, and caused weakness in the DXY, and strength in the S&P 500.
Powell continued on to say that further surprises may be in store, and that it is most likely reasonable to slow the rate of increase when interest rates become more restrictive.

"I would not hesitate on a larger move if needed."

The Fed chair noted that these recent hikes have been substantial and swift, with the full impact not yet felt. He repeated the sentiment that it's time to go to a meeting by meeting basis, and not provide a clear guide as before, and clarified by saying that it is difficult to anticipate the state of the economy in the next 6-12 months with any accuracy. As a result, the monetary policy rate range for the next year is uncertain.
Powell said to take estimates for rates next year with a grain of salt, but that the Fed's goal is to reach a somewhat restrictive level by the end of this year. That translates to 3% to 3.5%. He said that the FOMC sees rate increases in 2023, and will update in September. stating that by then, we'll have more inflation data in hand.
Powell mentioned that we are currently in neutral and will need to slow down at some time. But we haven't decided when to slow rate hikes.

Recession
Fed's Powell commented a small amount with regards to recession in the Q&A section of the presser, saying that he does not believe the US is in a recession, citing that too many of the sectors are doing well for this to be the case, namely employment, and housing.

"A recession is defined as a broad-based decline, which does not appear to be the case right now."

However, Powell did comment that the path to a soft landing has clearly narrowed, and it may narrow further.

Supply & Demand
Fed's Powell sees a slowing in the demand for housing and investment in Q2.

"We believe demand is declining, but we are unsure by how much."

The chairman said that we want to see demand running below potential for a sustained period.

Balance Sheet
It was mentioned in the FOMC statement that balance-sheet reduction will proceed as anticipated in September, with monthly runoff caps increasing to $35 billion for MBS and $60 billion for Treasuries.
With this, Powell added that it could take 2 to 2.5 years to reach a new balance-sheet equilibrium and that in terms of balance sheet reduction, the markets have accepted it, and should be able to take it. 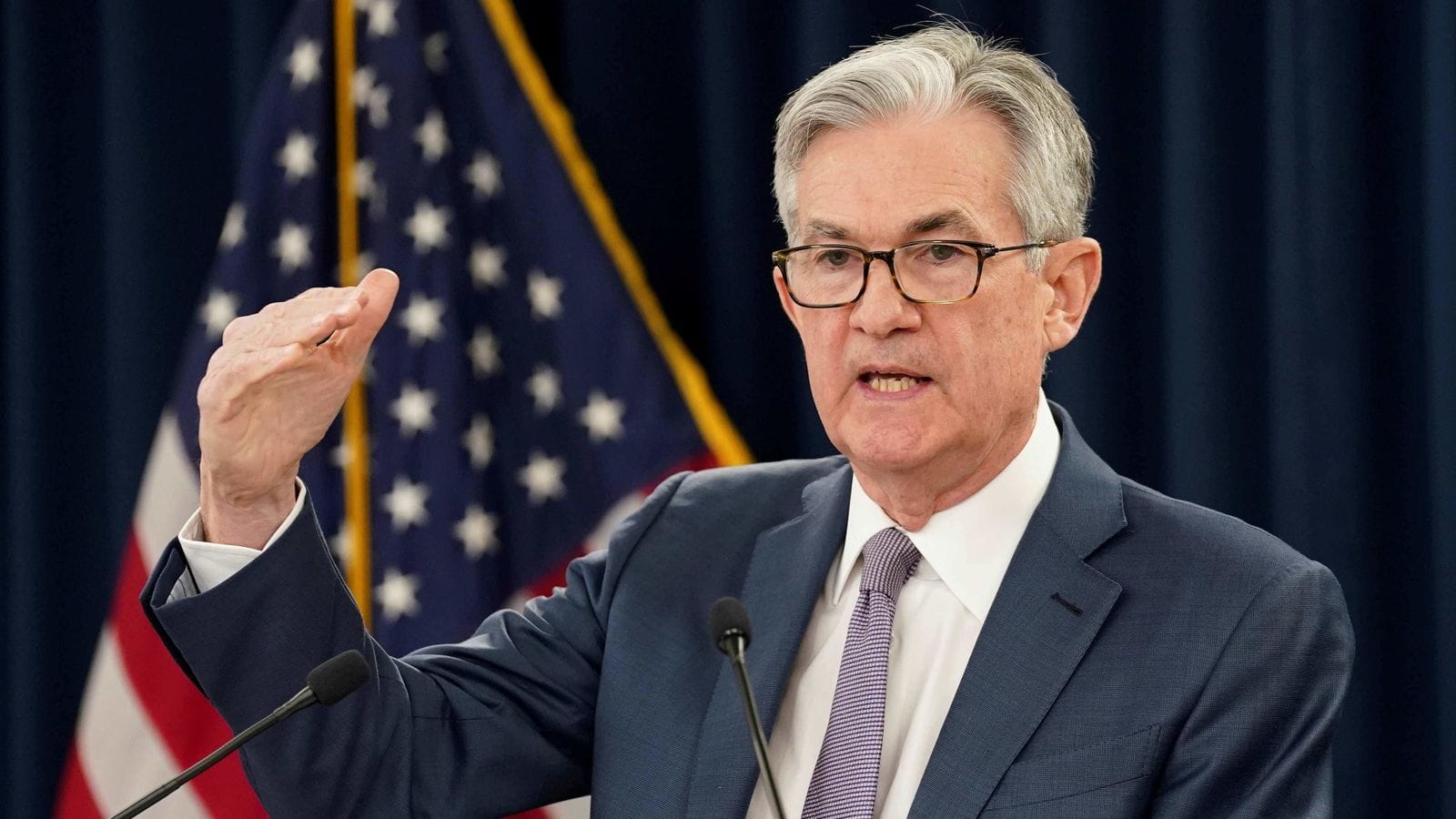 Inflation
Powell repeated the rhetoric that it is essential that they bring inflation down to the 2% target, and they are working quickly to do so, as inflation is "well above goal".
He specified that although prices for some commodities have eased, there is still additional upward pressure on inflation.
The chairman clarified that the Fed mandate is for headline inflation, but we look at core as a better read, and that the Fed will monitor both the CPI and the PCE data, but we believe the PCE is the better measure of inflation. He referred to the June CPI print when stating that the most recent inflation report was worse than expected.

Reaction
Gains extended in the S&P 500 and losses extended in the DXY as Powell's press conference continued, kickstarted by the mention of forward guidance, and the potential surprises that the future may hold.

During the press conference, swaps suggest that the Fed rate will peak 100 bps or less above the current rate of 2.5%.