On Wednesday, March 16th at 2 PM ET,  the FOMC releases their US interest rate decision, alongside their projections and statement. 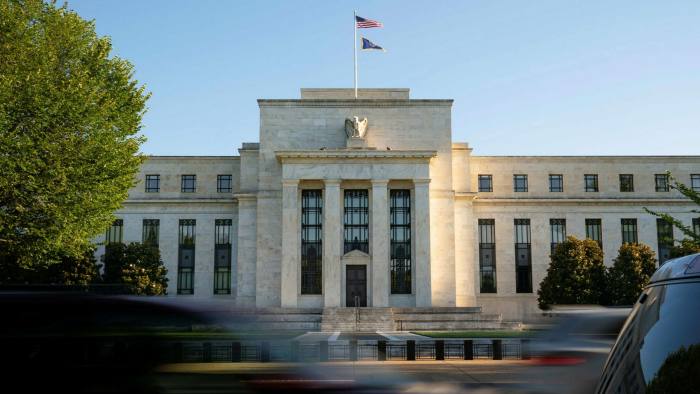 With growth set to slow more quickly, the prospect of a 50-bp hike seems less likely, particularly at the upcoming March meeting. It is equally unlikely, in our view, that the FOMC holds off on tightening altogether next week. Chair Powell in testimony to Congress after Russia invaded Ukraine noted he was inclined to raise the fed funds rate 25 bps at the March meeting.

Despite the uncertainty arising from the Russian invasion of Ukraine, we expect the FOMC to commence monetary tightening with a 25-bp rate hike at next week's meeting. We expect to see a total of 225 bps of tightening between now and the end of 2023.

We expect seven 25-basis-point rate hikes this year, followed by four more next year, to raise the 'terminal rate' from its current level of essentially 0.00% to 2.75-3.00%

The dollar has appreciated further this month, and the Ukraine conflict seems unlikely to dissuade the FOMC from raising rates, Goldman Sachs says.

According to Bank of America, the Fed will begin the hike cycle with a 25-basis-point hike at the March FOMC meeting, and will most likely release an amendment to balance-sheet normalization. Chairman Powell is expected to strike a hawkish tone, according to the firm, and the summary of economic projections should reflect a shift in rate hikes, greater inflation, and a lower unemployment rate.

Standard Chartered does not believe the Fed will be so aggressive as to signal a 50-basis-point rate hike in the near future. The central bank is also unlikely to examine dovish scenarios "without clear indicators of slowing economic growth," according to their report. Standard Chartered anticipates FOMC members to predict five hikes this year, although "lagging real wages and decreasing disposable income will bring to a pause after July."

The economic outlook supports the Fed’s current plans to boost the federal funds rate in March and to begin to reduce their balance sheet over the summer,” wrote David Kelly, chief global strategist for JPMorgan Funds. “however, there are a number of areas of uncertainty which should make them a little more cautious in tightening.”

Fed Swaps moved to fully price in 7 standard hikes for 2022.

At the previous US interest rate decision on January 26th, the rate remained unchanged at 0.25%, in line with the median forecast for no change.

Following this release, the DXY weakened before strengthening, the S&P 500 & Bitcoin strengthened, and Gold weakened.