Deutsche Bank's View
Unless there is a significant deterioration in Friday's US payroll report, this will likely be the impetus to confirm the federal reserve's November taper, according to Jim Reid, a strategist at Deutsche Bank. At its September meeting, the Fed warned that tapering will begin in November, and that interest rates could begin to rise in 2022.

The stabilization of dining reservations in September indicates that hiring in the leisure and hospitality industry is likely to rebound following a dismal month in August. The need for workers is likewise extremely high. Over the last month, job vacancies, hiring plans, and consumer perceptions of employment availability all hit new highs. Furthermore, the end of pandemic-era unemployment programs and compensation distributions in all states as of Sept. 6 should help boost labor supply.

Previous Market Reaction:
Overall the reaction from the DXY was choppy but held its initial decline, even the S&P 500 didn't enjoy the figures either. There was an initial pop, but it declined later. Yields on the US 10 Year Treasury, enjoyed gains after initially seeing some slippage to the downside. Gold didn't really see any whipsawing compared to the other asset classes, and strengthened. 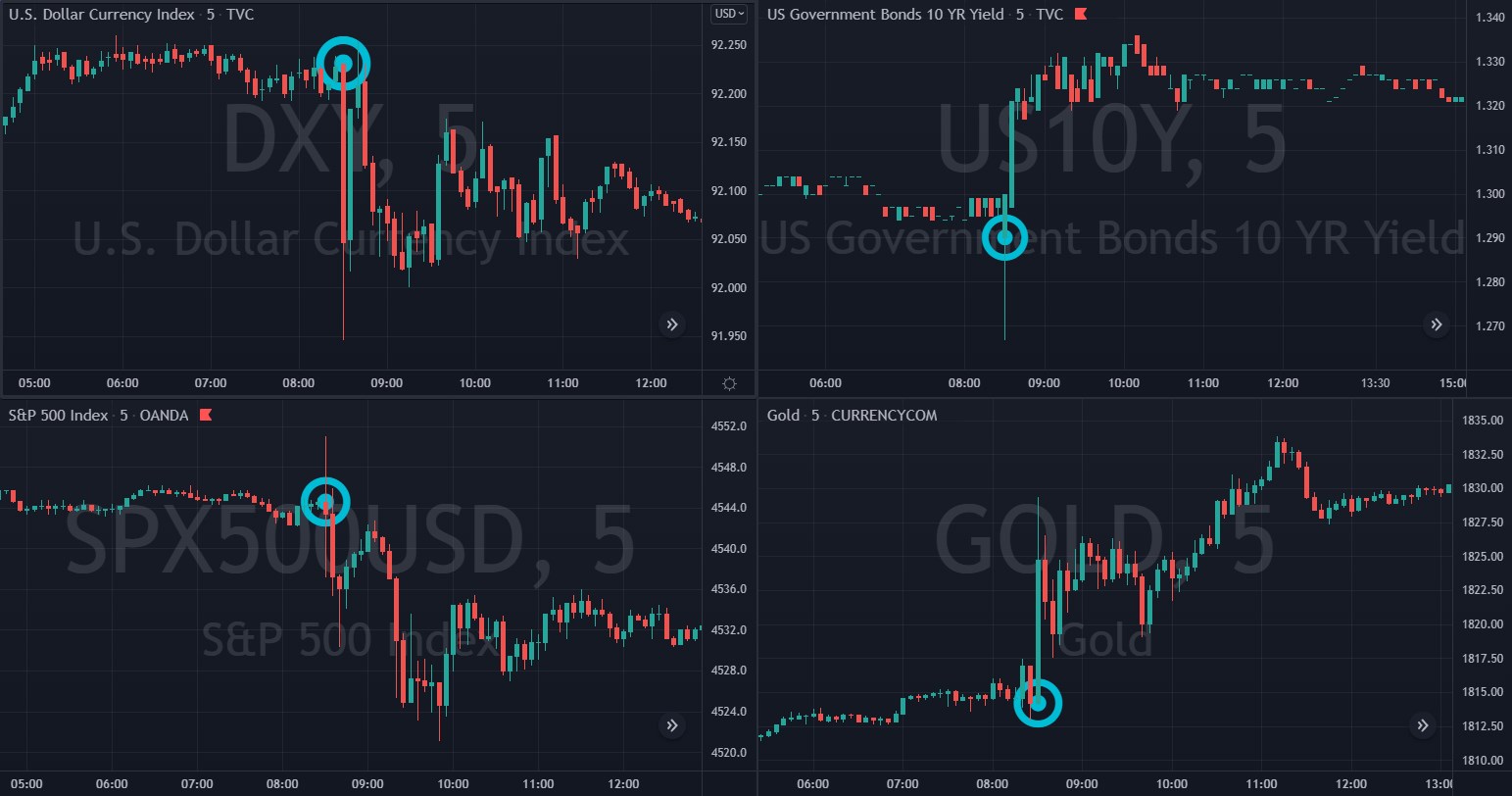 Last Months Report:
Total nonfarm payroll employment rose by 235,000 in August, and the unemployment rate declined by 0.2 percentage points to 5.2%. This was a significant miss on the forecasted number of 733,000. So far this year, monthly job growth has averaged 586,000. In August, notable job gains occurred in professional and business services, transportation and warehousing, private education, manufacturing, and other services. Employment in retail trade declined over the month.

What is it?
Nonfarm Payrolls is the measure of the number of workers in the U.S. excluding farm workers and workers in a handful of other job classifications. This is measured by the Bureau of Labor Statistics (BLS), which surveys private and government entities throughout the U.S. about their payrolls. The BLS reports the Nonfarm Payrolls numbers to the public on a monthly basis through the closely followed “Employment Situation” report.

How does it affect markets?
CURRENCY - A strong report may drive interest rates higher, making the Dollar more attractive to foreign investors.
STOCKS - For stocks little or no growth in employment is generally bad for stocks. Weak sales shrink corporate income and earnings.
BONDS - A series of weak employment reports reflects a more sluggish economy, which may be bullish for bond prices and interest rates may head lower.